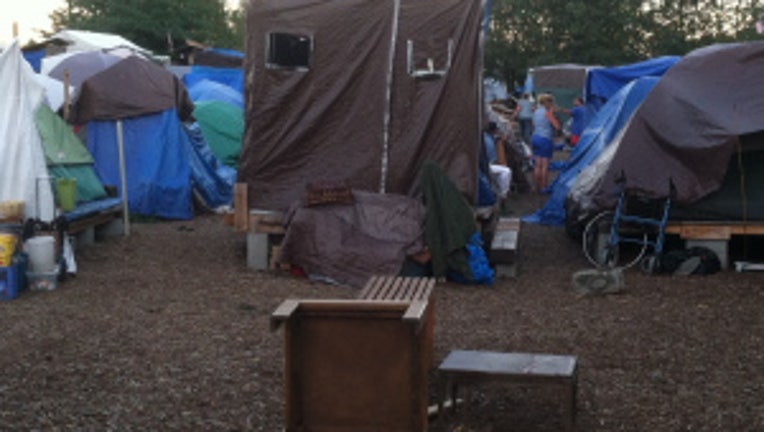 SEATTLE – Homeless living in a Skyway encampment created in the wake of the Nickelsville split-up are moving once again.

According to Central District News, neighbors in the area of 22nd and E. Cherry Street received a letter, notifying them of the move this past weekend.

Nickelsville was disbanded in August from its longtime location on W. Marginal Way and forced to spread out to three different locations, two in Seattle’s Central District and the third in Skyway.

Those who have been living in the Skyway encampment will be moving to their new site across the street from Cherry Hill Baptist Church, the camp’s new host.

Central District News reported that approximately 35 people will be living in the camp, which has the capacity to house up to 70 individuals.

The site is temporary, however, and the Central District News indicated that those living in the camp would have to move again within three months.