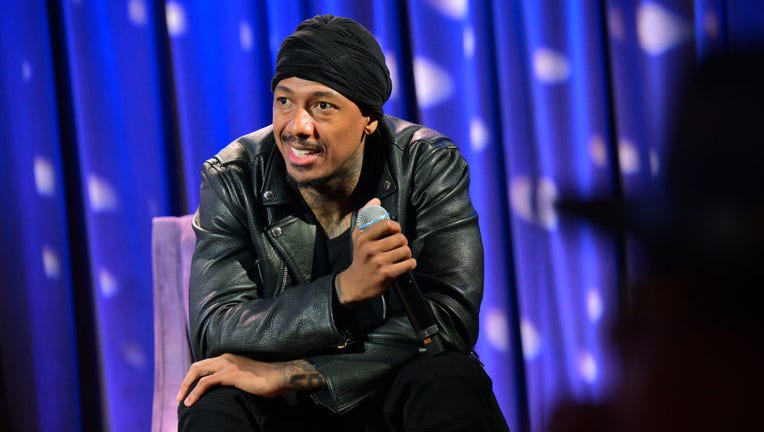 Nick Cannon is expecting his 11th baby, which will be his second with model Alyssa Scott.

Cannon, 42, and Scott share a son Zen, who died at just 5 months old in late 2021 from a brain tumor. On Thursday, Scott shared intimate photos of a maternity shoot with Cannon, writing on one of the posts: "This is a MIRACLE & a BLESSING."

Scott previously announced her pregnancy on Oct. 26, sharing a photo of her bump while holding her daughter from a previous relationship, but without providing any other details.

Scott and Cannon’s son died from a condition called hydrocephalus, which is an abnormal buildup of fluid in the ventricles (or cavities) within the brain, according to the National Institute of Neurological Disorders and Stroke (NINDS). The extra fluid forces the ventricles to widen and puts pressure on the brain's tissues.

The actor and talk show host shared the news on "The Nick Cannon Show" while holding back tears. Cannon said shortly after Zen’s birth, he noticed his son had a cough, a weird breathing pattern, and an irregularly-shaped head which he joked was "the Cannon head."

The couple later took Zen to the hospital, where doctors told him fluid was building up in the child’s head and called it a malignant tumor. Cannon said doctors immediately performed surgery, putting a shunt in his head to drain the fluid.

Cannon, who also hosts "The Masked Singer," said things took a turn for the worse during Thanksgiving when his son’s tumor grew exponentially. He later announced Zen’s death in December and dedicated his entire show to his late son, even bringing on his therapist to talk about coping with the loss of a child.

An exciting new season of 'The Masked Singer' is here, and Nick Cannon, the host of the series, says its sixth season will feature some major surprises.

Cannon is a father to 10 other children, including Zen. He shares twins Monroe and Moroccan with ex-wife Mariah Carey. With model Brittany Bell, Cannon shares Golden Sagon, Powerful Queen, and Rise Messiah — who was born last month.

In June, he welcomed Legendary Love with model Bre Tiesi.

He is also the father to twin sons Zion and Zillion with Abby De La Rosa, a former radio personality. She is also reportedly expecting her third baby with Cannon this fall.