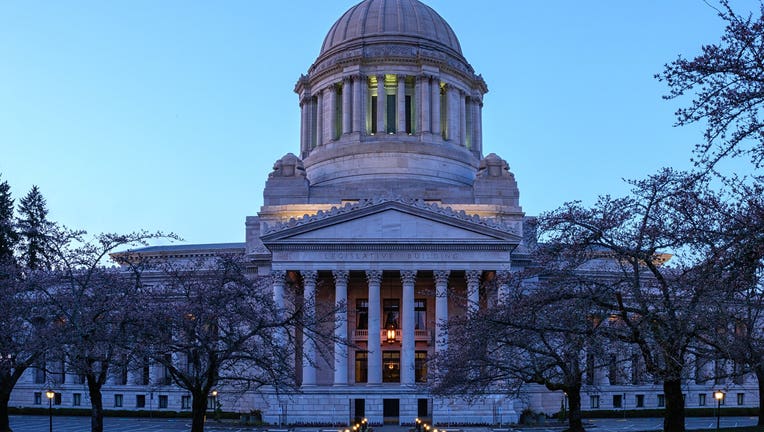 Evening at the Washington State Capitol, with flowering cherry trees.

SEATTLE - The U.S. Senate has confirmed a pair of firsts to be the Justice Department’s top lawyers in Washington state.

The Senate confirmed them both by voice vote Thursday. They’re expected to be sworn in soon.

Brown, 44, is a litigation partner at Pacifica Law Group in Seattle, where he handles complex civil, regulatory, public policy and other matters for public and private clients. He served as Inslee’s counsel from 2013 to 2017, helping the governor navigate a thicket of issues that included Inslee’s 2014 moratorium on the death penalty and tension with the federal government after Washington and Colorado became the first states to legalize the sale of marijuana for adults.

Before that, Brown, a graduate of Morehouse College and Harvard Law, was an assistant U.S. attorney in Seattle for six years, and served as a judge advocate general in the Army. In a less common qualification for a potential top federal prosecutor, he was a contestant on the second season of the reality show "Survivor," which aired in 2001.

In 2018, Waldref helped win a $3.2 million fraud settlement from a major contractor on the cleanup of the Hanford Nuclear Restoration, following a whistleblower complaint that alleged the contractor was not directing subcontracts to women-owned or other disadvantaged businesses as required by the Department of Energy.

A graduate of Georgetown University and Georgetown Law, she has also worked in private practice in Spokane and in Washington, D.C., and she has taught administrative and environmental law at the Gonzaga University School of Law. Her sister Amber served for eight years on the Spokane City Council.