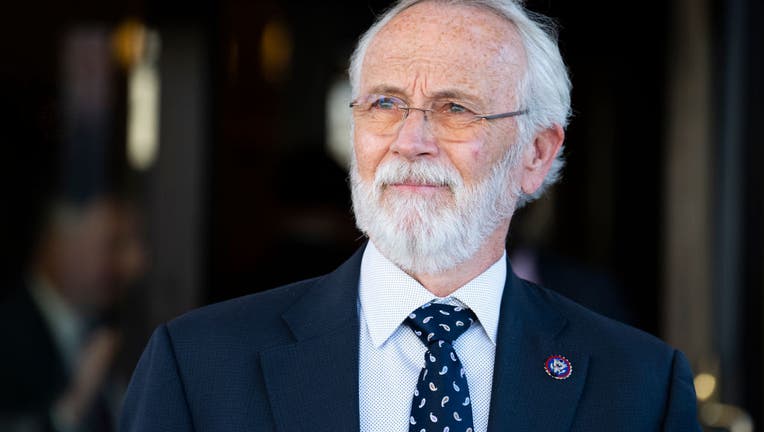 SPOKANE, Wash. - The 4th Congressional District in Washington state is a land of snow-capped volcanic peaks and lush irrigated orchards that produce most of the nation’s apples. It’s also home to one of the few Republicans who voted to impeach former President Donald Trump and then won his next election.

U.S. Rep. Dan Newhouse was one of 10 Republicans who voted to impeach Trump last year, and is one of only two to beat back GOP challengers this year.

Newhouse was the leading vote-getter in the race for his seat in the Aug. 2 Washington primary election, despite withering criticism from Trump and a Trump-backed challenger. Meanwhile, U.S. Rep. David Valadao, R-Calif. - who like Newhouse ran in a top-two open primary - also prevailed two months ago.

Analysts say Newhouse had a couple of advantages that allowed him to beat back strong challenges from Republicans Loren Culp, who had Trump’s backing, and Jerrod Sessler, who was in Washington, D.C., during the Jan. 6, 2021 insurrection and poured a lot of his own money into the race.

Culp, a former small-town police officer, consistently blasted Newhouse as a RINO, or Republican in name only. That wasn’t enough to defeat Newhouse, who came from a well-known farming family and was seeking a fifth term.

"Newhouse had a lot more credibility in the agriculture community," Cornell Clayton, head of the Thomas S. Foley Institute at Washington State University, said this week. "And Culp just doesn’t. I think that did him in."

Sessler, a former NASCAR driver spent about $500,000 — mostly his own money — but finished a distant fourth in the race.

Washington’s primary system, in which all candidates run on the same ballot, and the top two vote getters advance to November, regardless of party, also helped Newhouse, analysts said.

"The short answer is this: Newhouse benefitted from our Top 2 primary system, especially given there was a legitimate (if still long shot) Democrat running," Todd Schaefer, a political science professor at Central Washington University, wrote in an e-mail. "And of course he had the power of incumbency that gave him the ability to tout his record and attack Biden and Culp."

With Republican votes split among six challengers, that allowed the lone Democrat in the race, farmer Doug White of the Yakima Valley, to finish second and advance to the general election.

White will be a longshot in November in what is arguably the state’s most conservative district.

It encompasses a large area of central Washington, covering the counties of Klickitat, Douglas, Okanogan, Grant, Yakima, Franklin, Benton, and Adams. The district, dominated by the Yakima and Tri-Cities communities, is considerably more conservative than the western part of the state.

No Democratic presidential candidate has carried any county in the district since Bill Clinton in 1992 carried Okanogan County. None of the other counties in the district have backed a Democrat for President since Lyndon B. Johnson in 1964, while Adams County has not voted Democratic since Franklin D. Roosevelt in 1936.

The last Democrat to represent the district was Jay Inslee, who won the seat in 1992 and lost it in the Republican wave of 1994. Inslee is now the governor of Washington.

Newhouse is the scion of a prominent farming family based in the Yakima Valley town of Sunnyside, and and is nobody’s idea of a liberal. He has consistently received "A" ratings from the National Rifle Association and Susan B. Anthony List, a leading anti-abortion organization. He also is fighting environmental groups who want to remove four big hydro dams on the Snake River to save endangered salmon.

The Newhouse family operates an 850-acre farm near Sunnyside where they grow hops for local breweries, grapes for local wineries, tree fruit, and alfalfa.

Of the 10 House Republicans who voted for Trump’s impeachment, four opted not to run for reelection. Michigan Rep. Peter Meijer was defeated in a primary on Aug. 2 by Trump-endorsed John Gibbs and Rep. Tom Rice of South Carolina lost to a Trump-endorsed challenger in June. Rep. Liz Cheney of Wyoming is bracing for defeat in her Aug. 16 primary against a Trump-backed rival.