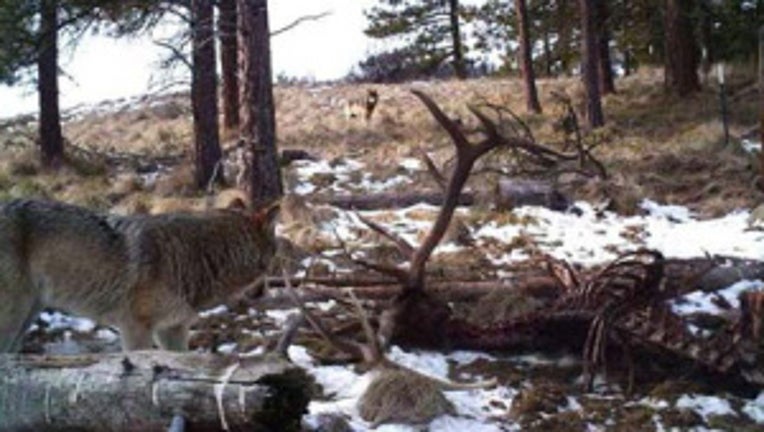 Two wolves in Pitcher Canyon. The ear tag can be seen in the right ear of the wolf in the foreground. (Photo: WDFW)

SEATTLE -- A new wolf pack  -- the Wenatchee Pack – has been confirmed in the state, the Washington Department of Fish and Wildlife said.

The new pack was confirmed just east of the Teanaway Pack. Two wolves traveling together were confirmed via a remote-camera photograph on March 24, the department said on its website.

“The Wenatchee Pack has at least two members – as confirmed by remote-camera photographs on March 24, 2013. One member of the pack is suspected to be a 1.5-year-old female that dispersed from the Teanaway Pack.  The female wolf was observed in the Entiat Mountains of Chelan County on February 11, 2013. The female wolf was captured by WDFW staff in the Teanaway in September 2011 as a juvenile and ear tags (#16) were placed in both ears.

“We suspect the dispersing female from the Teanaway pack (with red ear tags) is one of the members of the Wenatchee Pack,” the department said on its website. “There has been other documented wolf activity in the area consistent with the movement patterns of a pack.” 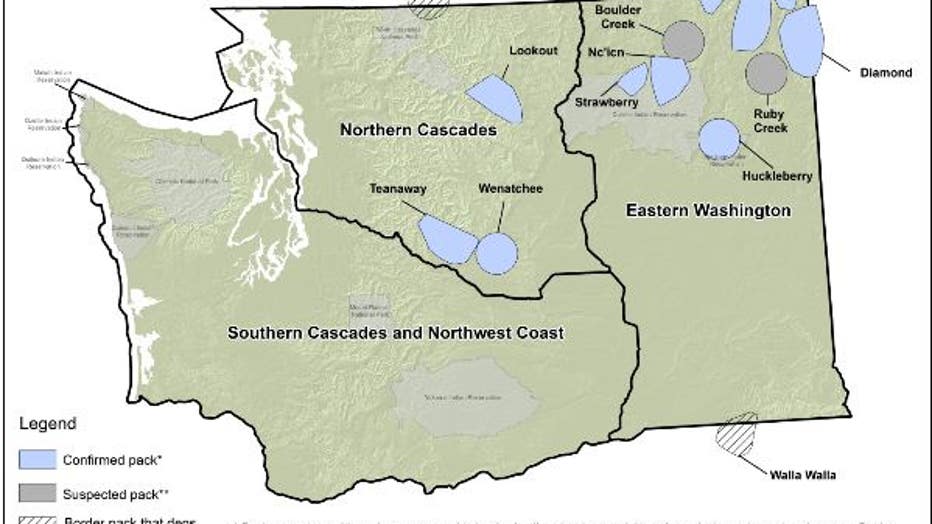