The Edmonds Theater was hoping to reopen for smaller events, but those plans are on hold.

Bars have to close for indoor service, alcohol sales must end by 10 p.m., and only members of the same household will get to dine indoors together.

Movie theaters are also still in a holding pattern.

Chris Mayes, manager of the Edmonds Theater, says the local movie spot recently received a grant from Snohomish County. He hoped to move forward with smaller events there, but the new restrictions make that impossible.

The theater has been open since 1923, the oldest continuous business in Edmonds. 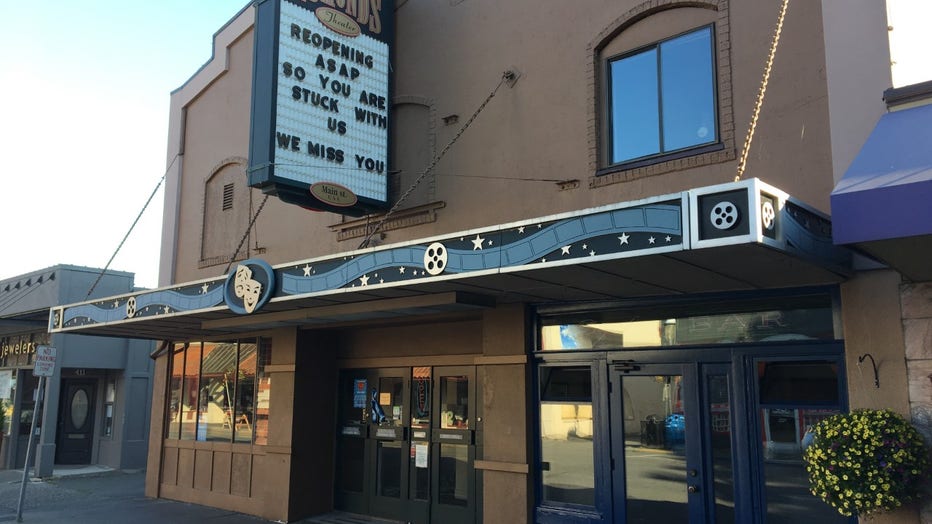 The theater doesn’t just run movies, but also rents out the theater for seminars and other meetings. All of those have been canceled.

“It’s been a lot of things up in the air and not really knowing what is going to happen one day to the next,” said Mayes.

When Mayes finally gets the greenlight to open back up, he has a rigorous cleaning and disinfecting system in place. All patrons will be required to wear a mask, and he plans on removing every other row of seats to create even more spacing between people.

Due to the governor’s new restrictions, Mayes is now looking at options for outdoor movies somewhere in downtown Edmonds.

He says the ongoing support of the community is helping him weather this storm that is now entering its sixth month.

“The feedback from the community and support is definitely there, so to me it’s a question of when we re-open and not if," Mayes says.