SEATTLE - A long awaited study from local environmental non-profit Long Live The Kings show how much of a trouble spot the Hood Canal Bridge really is for migrating fish trying to get from Hood Canal to the open ocean. But solutions could be quite affordable.

LLTK researcher, Lucas Hall, says their data shows the fish mortality rate of 50% for this single bridge is the same for all of the dams on the Columbia and Snake Rivers combined. And every ocean-bound fish that hatches in a river, stream, or creek that flows from the Olympic and Kitsap Peninsula into the 60 mile Hood Canal is forced to deal with that bridge. That's bad news for the fish-- and for our endangered Puget Sound orcas that rely on them. 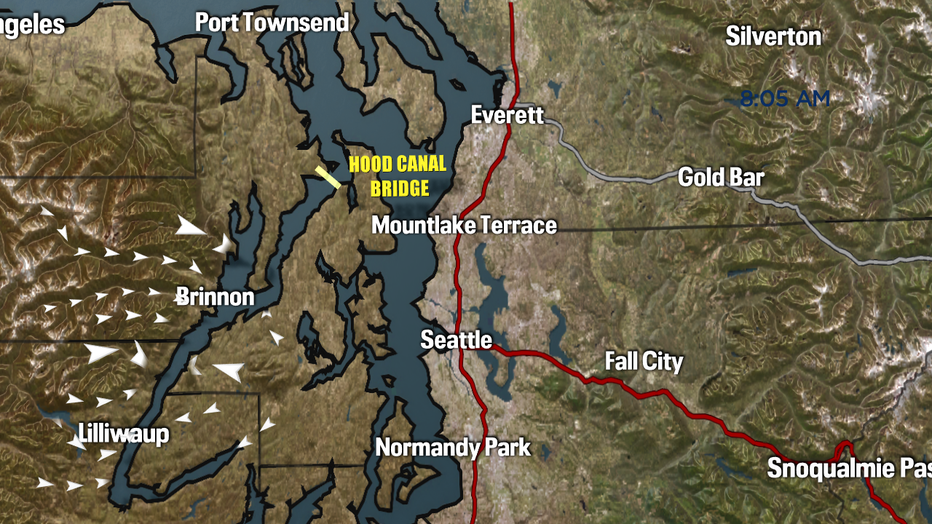 The study used radio transmitters attached to actual fish to figure out what's happening to this juvenile endangered fish. The biggest problem is these young fish like to hang out about 3-4 feet from the surface and the bridge pontoons extend down about 15-20 feet into the water column.

Project manager, Iris Kemp, says the data shows fish get turned around trying to navigate past this floating 1.5 mile crossing. It makes endangered salmon, steelhead, and chum easy pickings for predators like seals.When this vital bridge was built in 1961, we didn't have fish migration problems or a dwindling Southern Resident orca population.

Dealing with the bridge adds about 1-2 whole days to a journey that only usually takes 10-14 days to get from Puget Sound and Hood Canal waters out to the open sea. It's time that proves fatal for half of them. Luckily the two top fixes that come out of this multi-year study from Long Live The Kings don't break the bank. 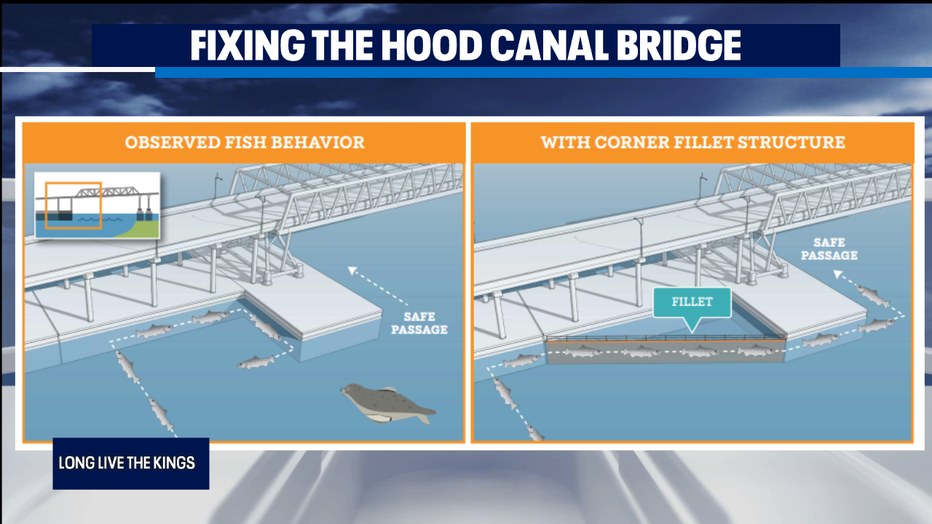 The first idea is underwater netting to steer the fish from the corners that seem to confuse them and get them turned around, often into the mouths of waiting predators like seals. 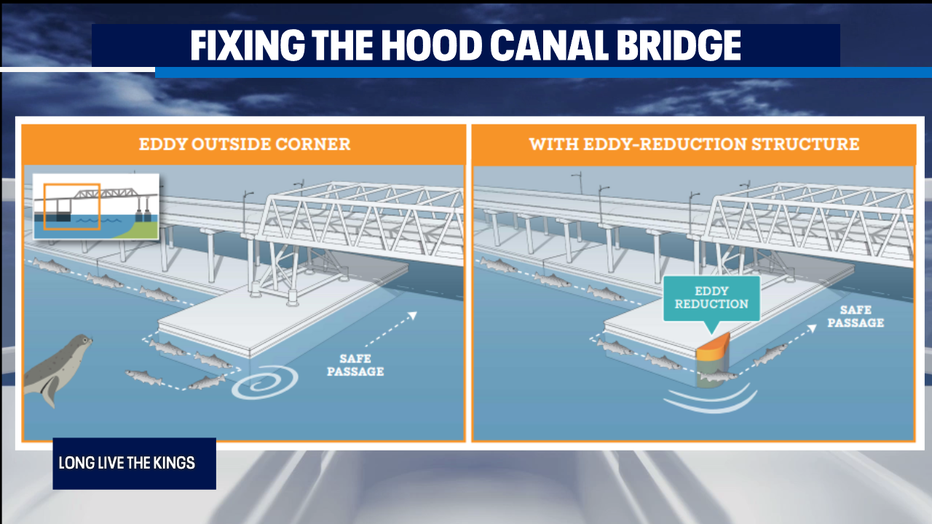 The second problem is the 90 angles on the bridge that create confusing swirls of water called eddies. Some buffering to ease those angles will hopefully make for smoother movement of water and fish. The cost of these two ideas runs about two and a half million dollars.

Once these two things are fixed, researchers will look at how traffic noise and lights from the bridge are affecting fish passage. The current lighting set up from underwater is still brighter at night than a full moon directly overhead. 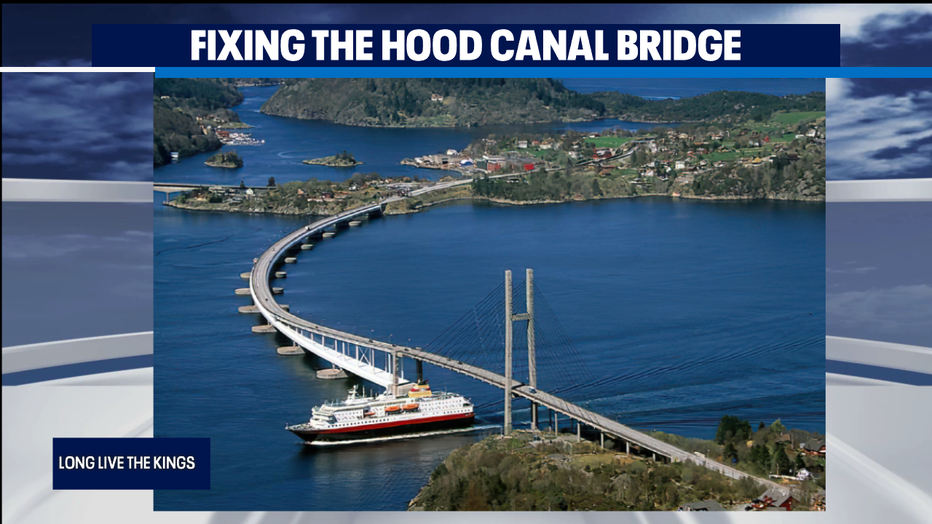 Down the road quite a ways when the bridge would need to be replaced. An idea that would be a far more expensive fix would be a better bridge design, like this one in Norway. The pontoons / bridge support islands run parallel to the current-- so fish and water can flow more naturally. -Tim Joyce