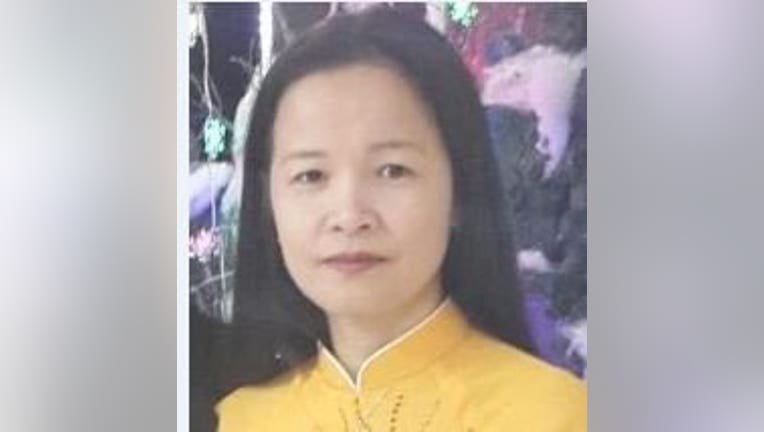 SEATTLE -- Seattle police are asking for the public’s help to identify the suspect wanted in a murder that horrified the South Seattle community.

45-year-old My-Linh Nguyen was shot to death during a street robbery on December 15, 2016. It happened at 39th Ave S and S Warsaw as she was walking home from the light rail.

Investigators say Nguyen was shot multiple times by the suspect who stole her purse.

New sketch released of suspect in murder of Seattle woman

New sketch released of suspect in murder of Seattle woman

A sketch based on a witness account shows what police say the suspect looks like. He’s black, 18 to 30 years old, 5’08” and 160 pounds with a dark complexion and thin build.  At the time of the murder, he was wearing a Seahawks ski cap and blue Seahawks jersey with a gray shirt underneath. 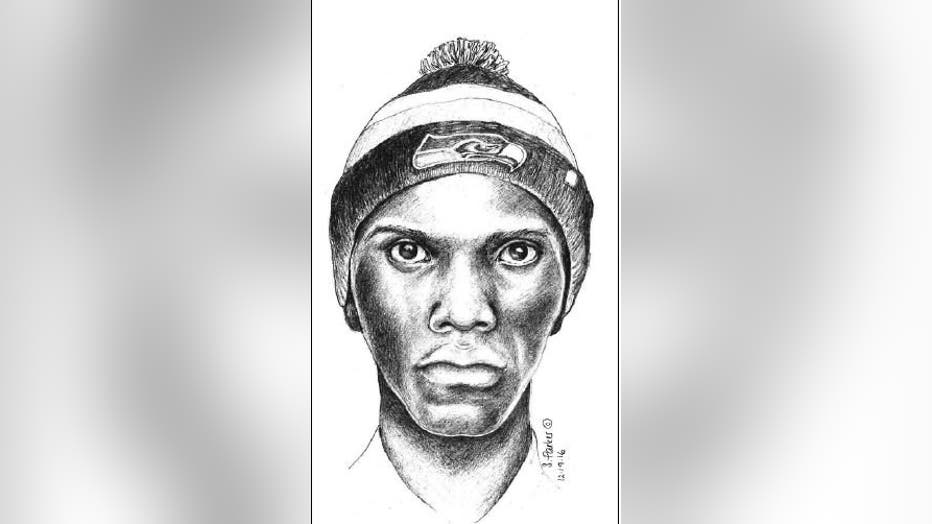 Sketch of suspect in My Linh Nguyen's murder in South Seattle

Homicide detectives are also asking for help locating a possible getaway vehicle.  After the shooting, witnesses saw the suspect get into the back of a dark-colored SUV that might be a 2001-2005 Acura MDX.

"We feel this suspect may be responsible for other purse snatchings in this area,”  said Ret. Det. Myrle Carner with Crime Stoppers of Puget Sound.

He posted flyers in the neighborhood offering a $1,000 reward for information identifying the suspect. “Even if you visualize that sketch and take the hat off in your mind, maybe he's got another hat on but the fact is somebody knows this individual,” he said.

Nguyen was killed right in front of her 15-year-old son.

"I just saw the guy stomping on my mom and as I tried to help her. He was dragging her down the block,” he said.

Nguyen’s sister-in-law says the murder has been hard on everyone. She wants people to remember the joy she brought to others. Nguyen worked at a nail salon in downtown Seattle where her coworkers called her Lily. She was always the first there in the morning and would often break out in song.

“When she got a minute, she would just sing out loud and people would kind of laugh about her,” said My Lieu. 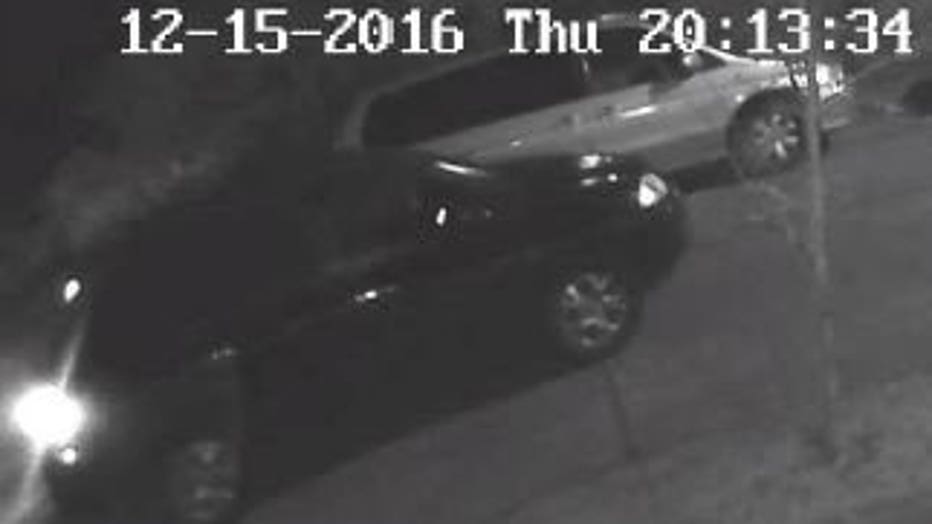 Surveillance photo of car suspect got into after shooting.

Until Nguyen’s killer is caught, Seattle police are asking women to walk in groups if possible or have someone pick them up in a vehicle from the light rail or bus stops.

If you can identify the suspect in the sketch or have any information on the getaway vehicle, send an anonymous tip to Crime Stoppers using the P3 Tips App on your phone or by calling 1-800-222-TIPS (8477). You can also submit the information at www.P3Tips.com.

A GoFundMe page has been set up for My-Linh Nguyen's family. Find it here.