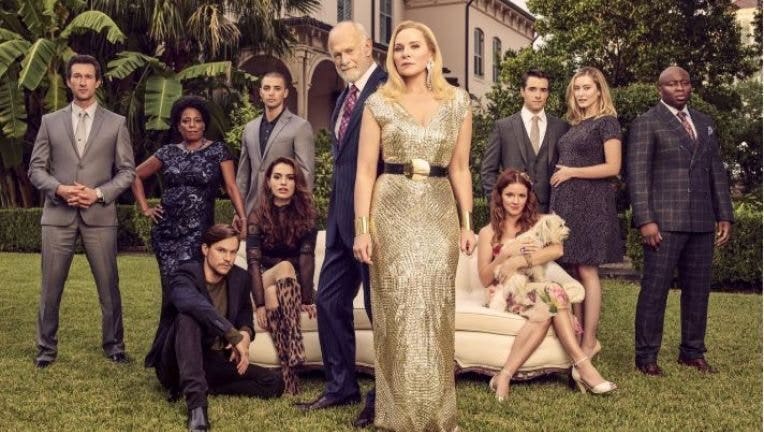 Two shows initially slated to debut on FOX this spring will finally make their way into homes later this fall.

The network released its fall lineup on Monday.

Ratings powerhouse “The Masked Singer” and Animation Domination, the home of longtime cartoon series like “The Simpsons,” “Family Guy” and “Bob’s Burgers“ will return to their typical time slots.

Two new offerings, “neXt” and “Filthy Rich” will air early in the week. Both were set to premiere this spring, but the coronavirus pandemic halted production across Hollywood, prompting the network to hold the shows until the fall, Deadline reported.

“The effects of this global health crisis leave no business unaffected. As a media company that prides itself on an entrepreneurial spirit and the focus that comes with doing fewer things better, we mobilized, swiftly creating an entirely new, original-programming lineup for the fall to share with our partners this upfront,” said Charlie Collier, CEO of FOX Entertainment

“NeXt” is a psychological thriller about artificial intelligence with the ability to improve itself. “Filthy Rich details the drama in a southern family’s fight over inheritance.

“NeXt” will air on Monday nights immediately following network newcomer “L.A.‘s Finest,” which stars Gabrielle Union and Jessica Alba and is a spin-off from the “Bad Boys” film franchise.

“L.A.‘s Finest” originally aired on Spectrum in 2019, but will make its network television debut this fall.

The NFL will eat up all of prime time programming on Thursdays and WWE’s Friday Night Smackdown will do the same the next night.

College football is slated to take over on Saturdays.

“The OT,” “The Simpsons,” “Bless The Harts,” “Family Guy” and ”Bob’s Burgers“ will again air on Sundays after the NFL game.

This station is owned by the FOX Corporation. This story was reported from Atlanta.