FRIDAY HARBOR -- There's a new push to save the endangered Southern Resident Killer Whales in the Puget Sound.

"We are in critical danger of losing these orcas altogether," said Ken Balcomb with the Center for Whale Research.  The government pays him to count the orcas.

According to government scientists, one of the things putting the orcas at risk are boats getting too close.  Mark Anderson, the founder of Orca Relief Citizens’ Alliance, an organization fighting to save the whales, says we’re at risk of losing the resident orcas.

“Could it happen? That’s the wrong question.  Is it happening? It’s happening right now.  Can we stop it?  Maybe,” Anderson sasid. 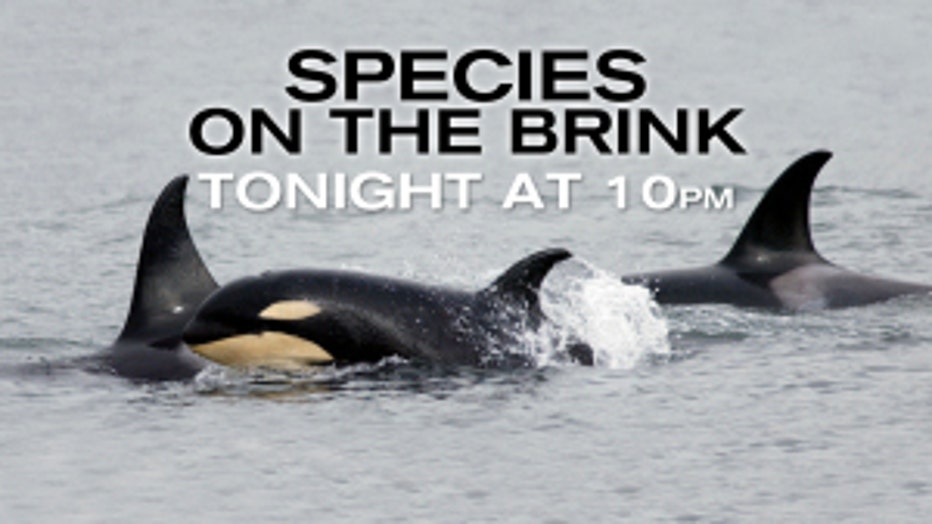 Orca Relief is now pushing the National Oceanic and Atmospheric Administration to force  boaters who threaten the whales to back off in certain restricted areas. It’s called a “Whale Protection Zone” or a “No Go Zone.” It would ban whale watch operators within a half-mile of the coast off the west side of San Juan Island.  It’s a roughly 6.2-mile stretch from Mitchell Bay to Eagle Point.

The commercial whale watch operators say a no-go zone is no fair.

“The operators are not inclined to push the rules,” said Michael Harris, the Executive Director of the Pacific Whale Watch Association. He said the “Whale Protection Zone” unfairly targets one industry that’s critical to the local economy. It’s a battle to save the whales, but some argue, at the cost of people’s jobs.

Matt Lorch has a closer look at a “Species on the Brink.”  Watch his special report tonight on Q13 FOX News at 10.