LOS ANGELES (KTLA) – Bernie Sanders has a double-digit lead in a new statewide poll of California voters that shows results indicating the second-time presidential candidate may be about to reinforce his status as the 2020 race's Democratic frontrunner. 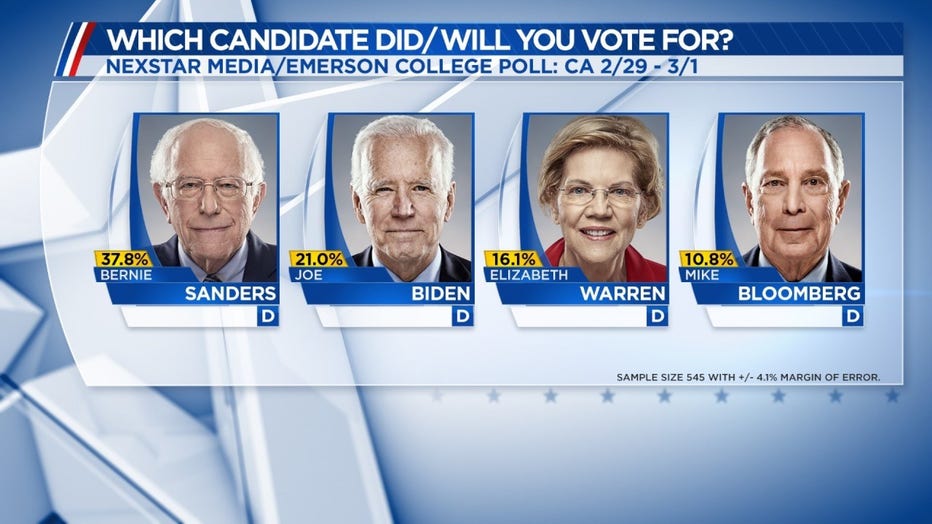 Voters were polled both before former Indiana Mayor Pete Buttigieg announced Sunday afternoon he was dropping his historic campaign for the White House and ahead of billionaire Tom Steyer bowing out Saturday.  However, some respondents did the survey after Steyer left the race, possibly affecting the results.

The poll shows Sanders could cement his status as the 2020 front-runner in the biggest state thus far following previous wins in New Hampshire and Nevada. It could mean a much-needed Super Tuesday victory as the competition thins with more candidates dropping out.

Seventy-seven percent of those polled are registered Democrats — 69.2% of whom reported they are "very likely" to vote in the coming primary election. Another 22.7% are independent. 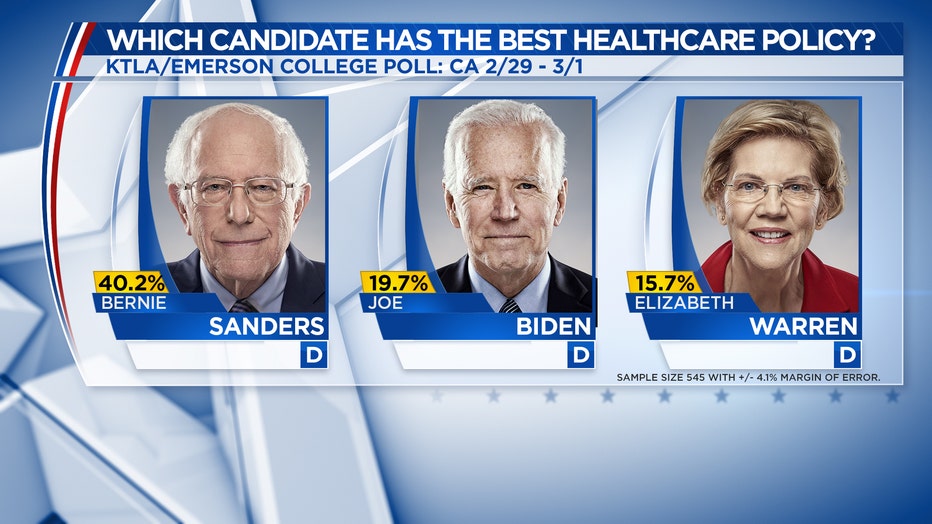 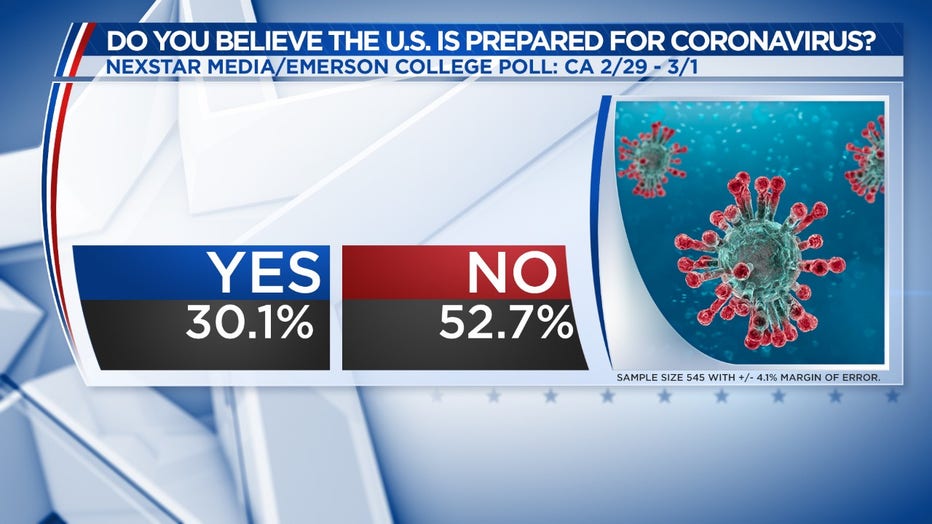 Nearly half of those polled said Sanders has the best health care policy of any candidate — 40.2%.

The poll results indicate issues of homelessness and police brutality are among issues of chief concern. When asked if all officers should wear body cameras, 83.3% answered "yes."

More than half, 62.5%, responded that mandatory housing and mental health services should be "implemented" statewide to help the tens of thousands who are homeless. 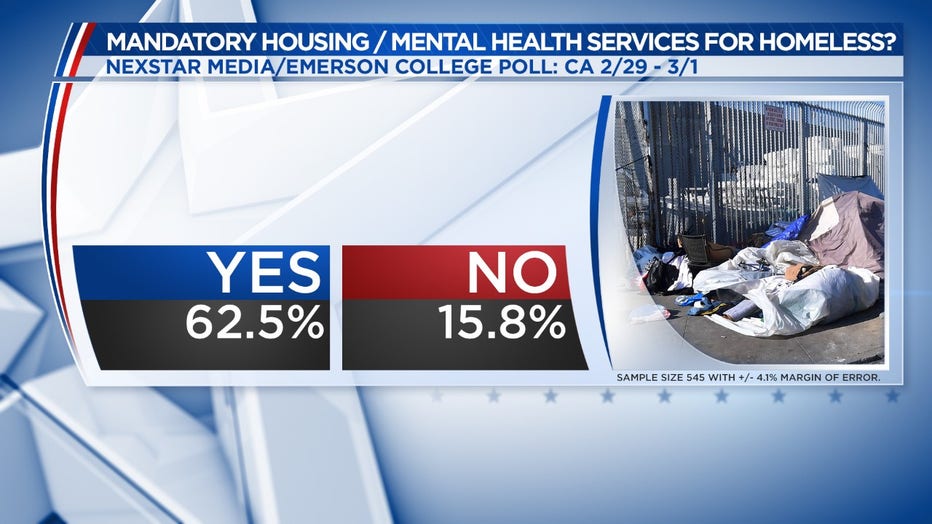 Meanwhile, less than half of participants, 47.4%, indicated they would be willing to pay more in taxes to improve the state's response to wildfires, droughts and "worries over rising sea levels."