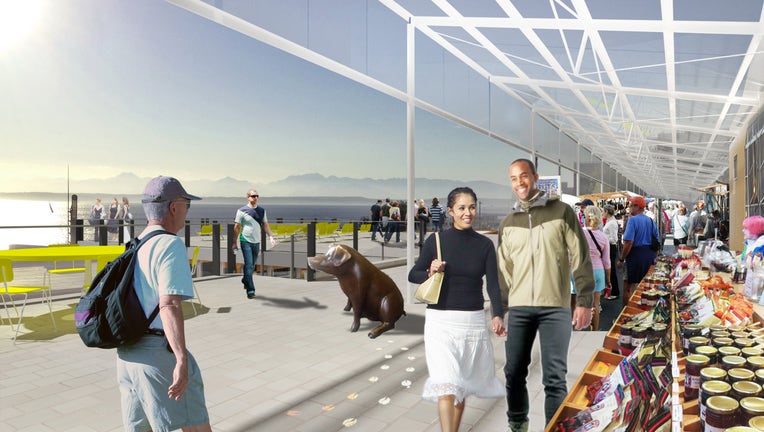 SEATTLE -- One of the most popular tourists attractions in Seattle is getting a makeover.

Officials say, within the next year, ground will be broken on the final piece of the historic district, celebrating the beginning of a transformation of the western edge of Pike Place Market and the future connection of downtown Seattle and the new central waterfront.

“Throughout its 107 year history, the market has continually evolved and responded to changing times while maintaining its historic character and authenticity,” said Ben Franz-Knight, executive director of the Pike Place Market Preservation and Development Authority.

Construction will begin within the next year and is slated to be completed by 2016.