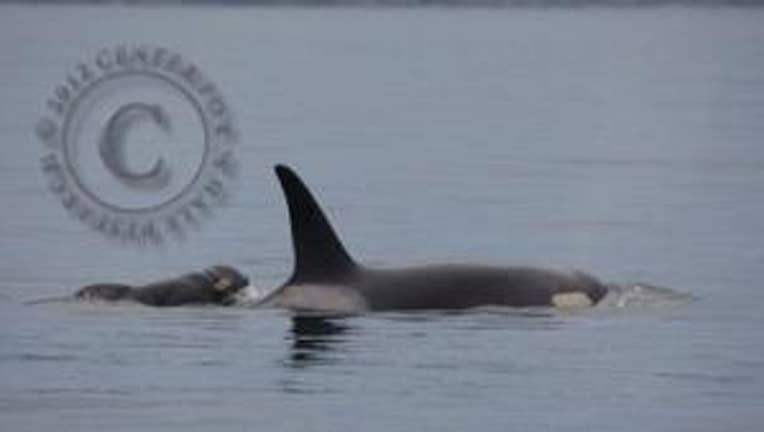 SEATTLE -- A new orca calf has been spotted in the Puget Sound near San Juan Island, the Center for Whale Research said.

The Sound’s “J pod” returned Monday with what is now a typical “spread out” pattern all along the west side of San Juan Island, heading north, the center said on its blog Tuesday.

The center’s photographers “next observed (orca) J37 at 2:35 p.m. in Haro Strait off Spieden Channel with a very new born calf,” the blog said, adding that it was this female orca’s first known calf.

It said the calf’s dorsal fin was flopped over to the left and there were “very visible creases in the blubber of its side due to fetal folding.

"The head and neck region was lumpy looking, like that of a very newborn human baby, and the calf surfaced with exaggerated head lunges, indicating it had healthy energy and was breathing properly -- no maternal lifting required,” the blog said.