With the nation’s constitutional protections for abortion ending in some states, doctors with UW Medicine said this would disproportionately affect women, people of color and those who can’t travel for medical care.

OLYMPIA, Wash. - Starting Friday, four million Washington residents will qualify for free or discounted care at hospitals across the state, giving Washington the strongest protections in the country for out-of-pocket hospital costs.

"This is a landmark achievement for affordable health care," Ferguson said. "Too many Washingtonians are just one hospital bill away from financial crisis."

All Washingtonians within three times the federal poverty level are now eligible for financial support. The legislation establishes two tiers of assistance — one for large health care systems, which make up approximately 80% of hospital beds, and another for smaller independent hospitals, which are primarily in rural areas. 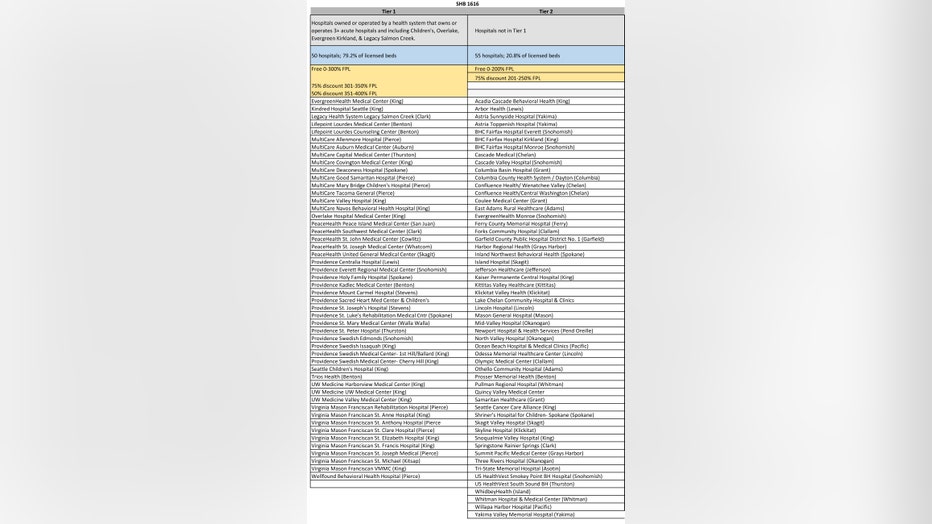 Nationwide, about two-thirds of individuals who file for bankruptcy cite medical issues as a key contributor, and more than half of collection items on credit reports are for medical debts. Access to care is also an equity issue, as communities of color are disproportionately underinsured and vulnerable to unexpected medical expenses. 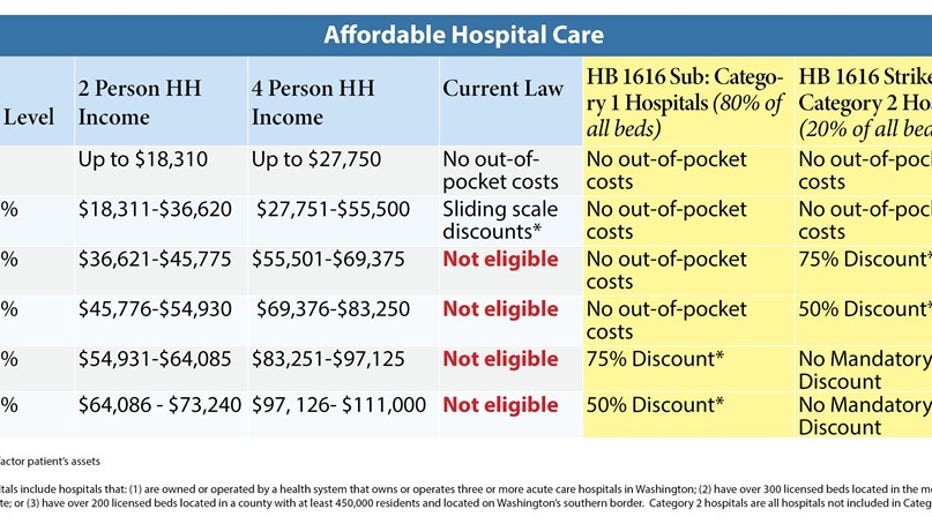 "Our new law moves us away from a system where a single mom working two minimum wage jobs didn’t qualify for any help with her hospital bills, to something that offers help to about half the people in Washington," said Ferguson. "It’s the right thing to do."

Under state law, hospitals are required to:

"No Washingtonian should be bankrupted by a trip to the emergency room," Simmons said.