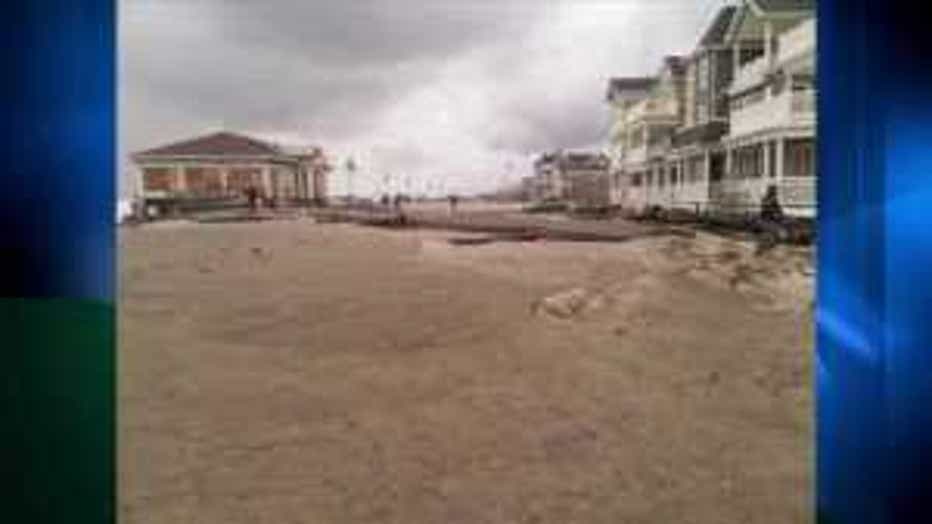 Q13 FOX News reporter Kate Burgess grew up in New Jersey, where most of her family and friends still live. As the images of storm devastation continued to pour in, she was trying to reach loved ones all day.

It's been brutal to see all these places I know and love destroyed. Another really difficult thing for those of us watching who have loved ones back East -- communication has been sketchy. So many people are in the dark right now, using the last juice from their cell phones on Facebook and Twitter to stay connected before those lost their power.

There are a lot of people that I just haven't been able to reach, but others back home have been sending me pictures and updates all day long about what they're seeing, and the damage is right outside their homes.

As New Jersey Gov. Chris Christie gets a bird's-eye view of the damage across the Garden State, my friends and family are sharing their stories from the ground.

Derek Plescia said in a phone interview, "It's actually pretty devastating to see all these people who've lost everything that they have."

Down at the Jersey shore, Plescia sent pictures from Belmar. "The boardwalk, all 1.2 miles of it, was ripped up,” he said. “all down the streets, houses, the roofs were falling off."

During the storm, Derek watched from his balcony as a rescue team pulled people out of their rapidly flooding houses. He was lucky; flood waters reached his block, but not his building.

Farther north, the city of Hoboken remains under a mandatory curfew. Now, for anyone who stayed, there's no way out.

Katie said, “I didn't expect the damage that I saw around Summit. When I was driving around during the morning, these trees were humongous and I saw one on a house."

There's still no power at Katie's and cell service is sketchy.

And in Manhattan, Tom Lesiczka trekked around the Lower East Side. He couldn't talk to us by phone because he's got no way to charge his cell and he's been told the power could be out for a week.

I was able to get in touch with my family – thankfully, they're all safe and sound. And my house was spared. But so many people weren't so lucky, and our thoughts are obviously with all of them.