Guidelines for weddings under Phase 3 unknown

Many in the wedding industry feel like they're in a state of limbo as they wait for the guidelines for weddings under Phase 3 to be announced.

SEATTLE - With the entire state officially in Phase 3, things are looking up for many industries, but people are still anxiously waiting to learn what the latest reopening guidelines mean for weddings.

2020 was a dark cloud over what is supposed to be happiest day for a couple.

"It is exhausting. It’s sad. There's just so much emotion," says wedding planner and owner of Ivory And Evergreen, Kate Huebner.

She says things are finally starting to look up, or so she hopes.

RELATED: Microsoft to start bringing workers back to headquarters

"I think everyone’s a little scared and obviously praying things go their way, but after last year how do you really know?"

It’s a sentiment shared by fellow wedding planner, Brooke Bosler, who is also a bride-to-be.

She says at this point she’s not solidifying a new date with things still so up in the air.

So far, weddings during COVID really haven’t felt anything like most would picture when imagining that special day.

"It’s just so different. People are sitting at their tables. People stay to themselves," says Bosler.

Within the last few weeks, many wedding venues have had an increase in bookings, which is great news for the industry that typically brings in over $1 billion a year in Washington State. But without updated guidelines from the governor’s office, no one knows what will be allowed inside a venue.

"We're thinking dancing is going to come back but what’s that going to look like?" says Bosler.

Huebner says most venues haven’t allowed dancing of any kind, and others that have had strict rules. 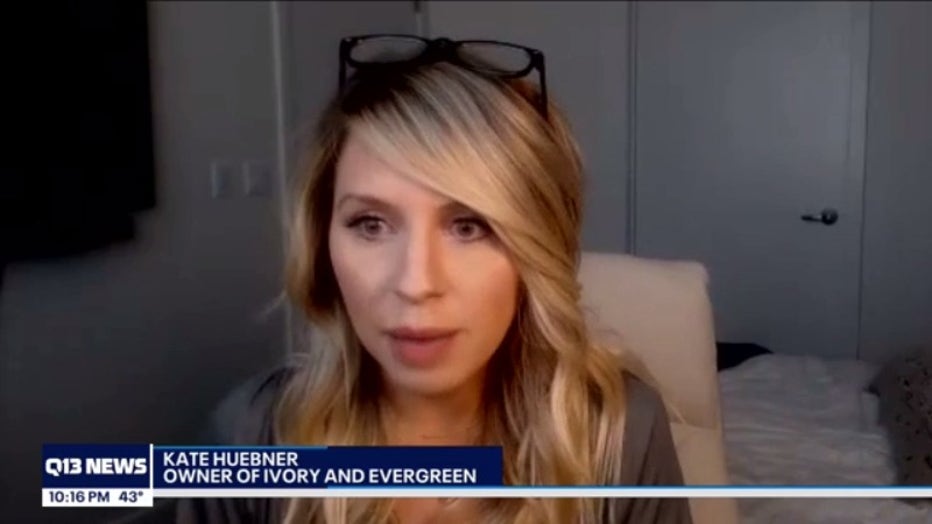 "You have to be six feet apart ... Imagine your father-daughter dance and you want to invite your partner and their parent and you’re all just awkwardly standing apart from each other. It’s just weird."

Rules on live music and guests being able to get up from their tables and mingle are other big question marks.

Several planners say while many couples hope guidelines loosen, they realize that a "normal celebration" could still be very far away.

The governor’s office hasn’t yet given a date for when wedding guidelines will be updated and published on the state Department of Health's website.