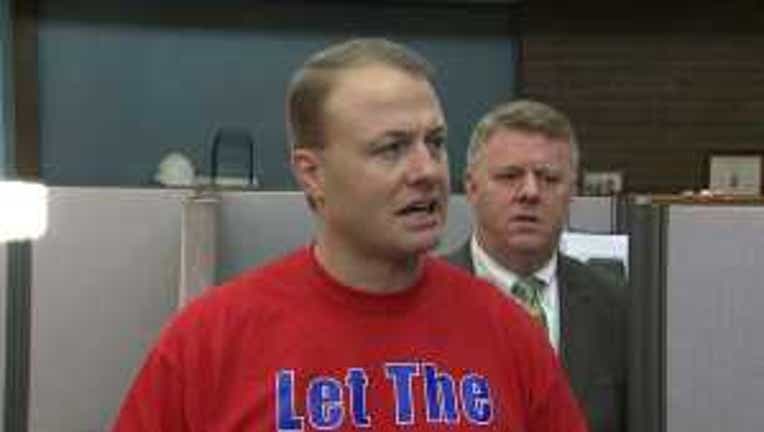 OLYMPIA -- Initiative guru Tim Eyman launched a new effort Thursday when he dropped off nearly 350,000 signatures for a measure that would make it much easier for initiatives to qualify for the ballot.

Eyman said the initiative will help him and everyone else who wants to sponsor ballot measures in the future.  Initiative 517, if it passes, most important affect would be to extend the amount of time that sponsors can collect signatures. Right now, sponsors have about six months.

If Eyman has his way, that time would double.

“By expanding the time and allowing a year to be able to collect signatures, you are going to have people willing to try initiatives that aren’t necessarily hugely financial but something that they passionately believe in,” Eyman said.

Eyman argues that having only six months to collect signatures forces sponsors to use paid signature gatherers, a staple only wealthy interests can afford. More time would allow more volunteers to be used, Eyman said.

Eyman himself has benefited from wealthy backers to get his initiatives on the ballot in the past, but would like to sponsor even more measures that wouldn’t necessarily attract big money, he said.

Eyman’s critics were quick to pounce on his new effort.

“This is a made up problem, a manufactured, pretend problem, and it’s not a crisis,” said State Rep. Reuven Carlyle.  “No one else is complaining about this issue. The time under state law is absolutely sufficient.”

A new group formed to fight back at Eyman’s latest effort Thursday.

A second element of Eyman’s new measure would be to make it a misdemeanor to harass anyone collecting signatures for an initiative, something Eyman and those behind the effort argue is becoming more of a problem.

The third and final piece of the I-517 would require that any citizen measure, either statewide or local, that received the required number of signatures be voted on. No more legal challenges that keep things from the ballot. Eyman believes the vote should take place and only later worry about the legal and constitutional questions.