PARKLAND, Wash. – We know there are more and more people moving to our area and once small rural towns are now home to new families. Population growth puts a strain on resources.  That’s why a new neighborhood emergency room in Parkland gives people in Pierce County another option for care.

For many in Spanaway or Parkland, the closest emergency department is at Tacoma General or Good Samaritan in Puyallup. 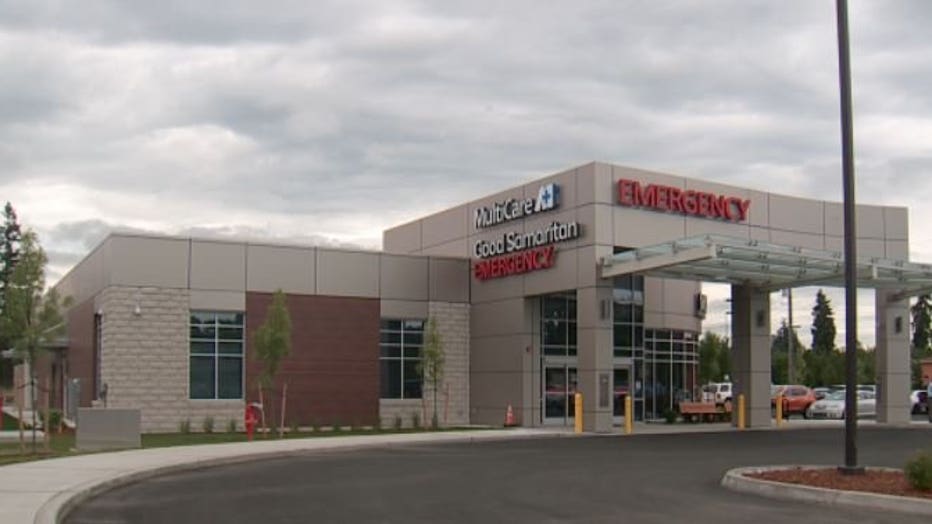 When there’s an emergency, there’s no time to waste to get medical help, especially for Joshua Hernandez’s head injury.

“An airbag deployed in my face. So I just had a small concussion,” said Hernandez.

He’s from Spanaway and would normally go to St. Joseph’s in Tacoma.

But instead, he came to the much closer, newly opened MultiCare Parkland Neighborhood Emergency Room.

“I feel great that this place is here because it’s just close by and very helpful,” said Hernandez.

“One of our very first patients was a 19-year-old and we saw an 88-year-old,” said Hennum.

It’s more than an urgent care, but has ER doctors on staff like Regional Medical Director Dr. Heather Justice.  At the ER, timing is everything.

“If I can get a patient in and get their EKG down within five minutes diagnose them as having a cardiac issue and getting them transferred to the Cath Lab to be seen and intervened on by a cardiologist that leads to significantly better outcomes,” said Dr. Justice.

Not only will patients get to a fully equipped ER sooner, but the staff here have high hopes.

“We’ve all had the experience where you go to the emergency room and you’re there for one, two, three, four, five hours,” said Hennum.

That’s not the plan for Parkland’s Neighborhood ER.  The staff are working under strict guidelines to make sure you will see a doctor in 15 minutes and be discharged within 90 minutes.

“75 percent of ER visits are walk-ins and that includes trauma,” said Hennum.

The other goal is to alleviate pressure at the major hospitals nearby like Tacoma General or Good Samaritan, where their emergency rooms are flooded with patients.

“By decreasing their wait times there, they’ll be able to diagnose and treat patients more rapidly there,” said Dr. Justice.

Easing the pressure throughout Pierce County’s healthcare system means Hernandez is on the road to recovery a lot sooner.

“Rest and take a day off from work and rest because I have to let my brain heal,” said Hernandez.

Health officials with MultiCare say they plan to open three more neighborhood emergency rooms just like this one in east Pierce County.

However, if you need to have surgery, deliver a baby, or any advanced medical procedures a major hospital is where you should seek medical attention.