LYNNWOOD, Wash. -- More details were revealed Wednesday into the horrific murder and alleged cover-up by a 19-year-old man accused of drowning his 6-year-old nephew in a bathtub in Lynnwood.

The body of Dayvid Pakko was found inside a dumpster early Tuesday morning at the apartment complex where the boy lived. A search for Dayvid, who was on the autism spectrum, began Monday when he was reported missing to police at about 5 p.m.

On Monday, Dayvid was left in the care of his mother's boyfriend and his 19-year-old uncle, Andrew Henckel.

In probable cause documents, Snohomish County sheriff's detectives say that when the boyfriend left to run errands about 2 p.m., Henckel developed a plan to kill Dayvid.

During questioning, the detectives said, Henckel admitted to police that he filled a bathtub and held Dayvid under the water. When Dayvid began to struggle and move around, the 19-year-old uncle told detectives he placed his knees on Dayvid's calves, documents reveal. 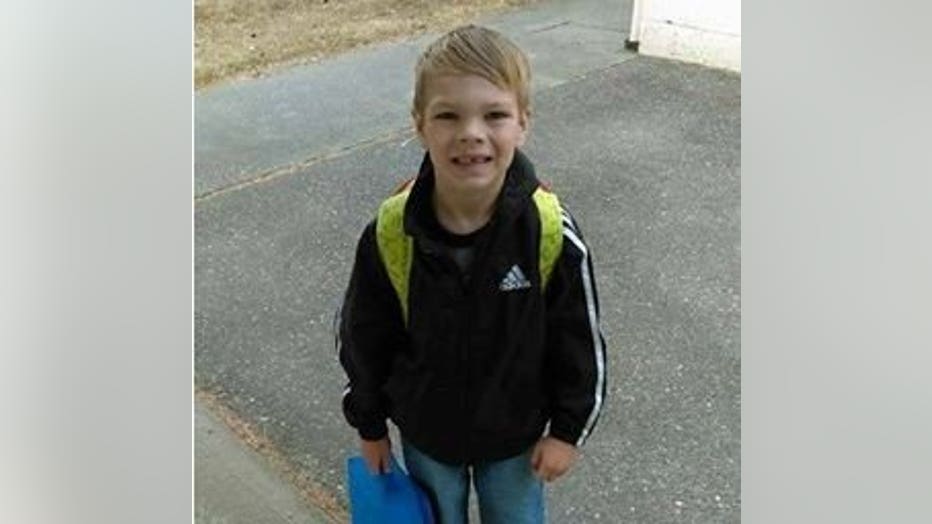 According to the documents, when asked what happened when someone drowns, Henckel told authorities, "Lungs fill with water" and "they die."

Authorities asked Henckel if he succeeded, to which he replied, "Yeah," according to documents.

The detectives said he gave no motive as to why he committed the murder.

After drowning the boy, Henckel changed his and Dayvid's clothes, wrapped the 6-year-old in a blanket, and placed him in a cardboard box that he took to the dumpster, the documents say. He placed their wet clothes in the dryer. During a search, detectives found green camouflage pajamas bottoms and an orange T-shirt, which Dayvid reportedly had been wearing Monday.

According to the sheriff's detectives, Henckel told them that he dried the water on the bathroom floor with towels and hung them back on the towel rack, before laying on the couch.

Documents say the mother's boyfriend returned home about 3 p.m. Monday. Dayvid was gone and Henckel said he had taken a nap. The men searched inside and outside of the apartment for about 45 minutes before calling the police.

When the detectives' search began to center around a dumpster, where Dayvid was eventually found, probable cause documents say Henckel, who had been helping with the search, notably walked away from the scene.

The suspect had autism

Henckel is also on the autism spectrum, according to family members. However, documents allege he was never formally diagnosed and is not taking medications.

Henckel told police he received A's and B's in high school and attended one year of college, documents say.

Prior to leaving his home in Kerrville, Texas, Henckel was employed at a U-haul store.

The suspect's legal team says it has questions about possible coercion by police to get a confession, given that those on the spectrum are often more trusting of authority figures.

The father of a 19-year-old Andrew Henckel who admitted to drowning his 6-year-old nephew is in disbelief.

Andrew Henckel, from Kerrville, Texas, had been staying with the Washington state family for about a week.

Randy Henckel said that before Tuesday he was not aware of any problems.

"My daughter told me they both connected very naturally. That's what I was told. I've been talking with them every day since, during the week that he's been there, and there were zero problems," Randy Henckel continued.

Andrew Henckel and the 6-year-old victim both have autism, according to the family.

“My autistic son, who would never hurt a fly, has been sequestered since last night by the police. Apparently, they evoked a confession from him. He had no lawyer present. No family present."