A New York Times investigation raises questions about what really happened the night US Marshals shot and killed a murder suspect in Lacey.

OLYMPIA, Wash. - Four officers fired over 30 rounds at Portland, Oregon, fugitive Michael Reinoehl after they cornered him in his car Sept. 3 outside a Washington apartment complex where he had been hiding out, a sheriff’s official said Tuesday in an update on the investigation.

Thurston County Sheriff’s Lt. Ray Brady said Tuesday that police found Reinoehl with a loaded .380-caliber handgun in his front pocket and his hand on or near the gun after he was fatally shot by police officers in Lacey, The Oregonian/OregonLive reported.

The story was first reported Tuesday by several other news outlets, including Oregon Public Broadcasting, which partnered with ProPublica, and The New York Times. 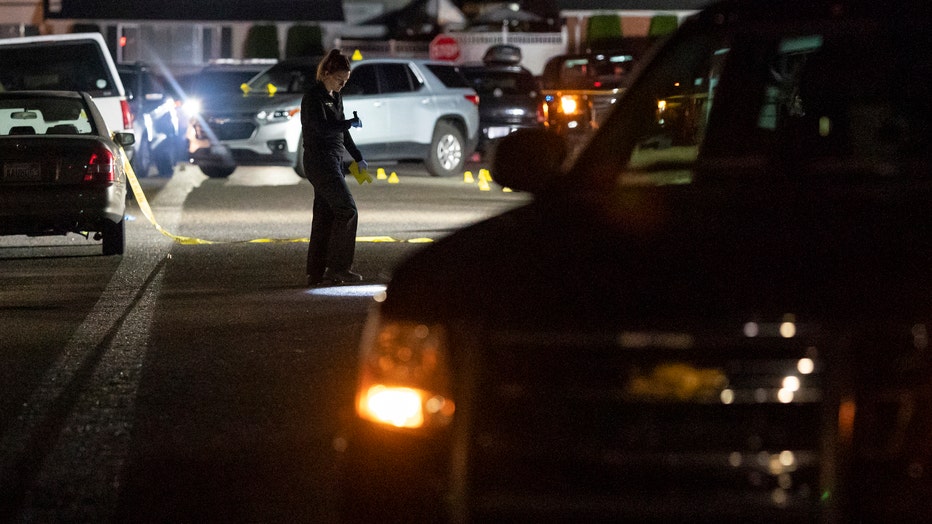 Reinoehl was the suspect in the fatal Portland shooting of Aaron “Jay” Danielson after a pro-Trump car caravan Aug. 29.

Investigators are awaiting lab results to determine whether the gun on Reinoehl, a self-described anti-fascist activist, was the same one used in the Portland shooting.

There were rounds in Reinoehl’s gun after it was recovered, Brady said, but he wouldn’t say how many.

Michael Forest Reinoehl had a .380-caliber handgun when he was killed on Sept. 3 near Lacey, Washington, according to the Thurston County Sheriff’s Office, the lead agency investigating the shooting.

Questions have swirled around Reinoehl’s death after witnesses gave differing accounts of what they saw. All described a chaotic scene with bullets flying while children were outside.

A team led by the Thurston County Sheriff’s Office hasn’t finished its investigation yet, Brady said, but he has given weekly updates with new details.

Brady said four officers from a multi-agency federal task force pulled up in two unmarked SUVS in front of Reinoehl’s Volkswagen. The officers who fired told investigators they gave Reinoehl “commands to stop and show his hands” before they shot him, Brady said. One officer told investigators he saw Reinoehl raise a gun toward him, and another officer said he saw Reinoehl trying to retrieve a gun from his pocket, Brady said.

An autopsy found Reinoehl died from gunshot wounds to the head and upper torso.

Earlier that day, Portland police had obtained a warrant to arrest Reinoehl on second-degree murder and unlawful use of a firearm allegations in the Portland killing.

Reinoehl, who said he provided security for Black Lives Matter protests, was wanted in the death of Danielson, a supporter of the conservative group Patriot Prayer based in Vancouver, Washington.