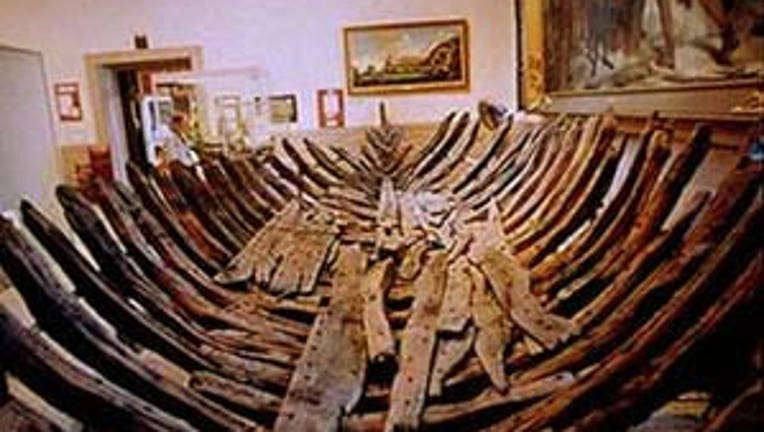 After being wrecked in 1626, the Sparrow-Hawk was buried in sand and mud in a part of Orleans later known as "Old Ship Harbor." (Pilgrim Hall Museum)

In 1626, a ship foundered in stormy seas and wrecked on Cape Cod, where the passengers were aided by the local Indigenous population and the Pilgrims in nearby Plymouth.

Now the most in-depth scientific analysis of timbers found more than 150 years ago has provided the best evidence yet that they belonged to the ill-fated vessel known as the Sparrow-Hawk.

The results of an international, multiyear study on the remains of the ship were published Friday in the "Journal of Archaeological Science: Reports."

"I am just over the top about this news," said Donna Curtin, executive director of the Pilgrim Hall Museum in Plymouth, which has been in possession of 109 timbers from the Sparrow-Hawk since 1889.

The timbers have long been assumed to be from the roughly 40-foot (12-meter) Sparrow-Hawk — the oldest known shipwreck of English Colonial America — based largely on where they were found, but there always remained some uncertainty.

Historians do know that a small ship bound for Jamestown, Virginia, with a pair of English merchants and several Irish servants on board was driven ashore by a storm in 1626 in what today is the town of Orleans, based on the written accounts of Plymouth Colony Gov. William Bradford.

"Ther was a ship, with many passengers in her and sundrie goods, bound for Virginia," Bradford wrote, going on to describe how the vessel had been at sea for six weeks, how the captain had become sick with scurvy, and they had run out of water and beer.

As for the passengers, "The cheefe amongst these people was one Mr. Fells and Mr. Sibsie, which had many servants belonging unto them, many of them being Irish," he wrote.

They are the first documented Irish colonists in New England, although as indentured servants they had little choice, and didn’t stay permanently, Curtin noted.

The passengers were initially aided by members of the Nauset tribe, who spoke English, then taken in by the Pilgrims for nearly a year before they eventually found passage on other boats to Virginia to farm tobacco.

The unrepairable vessel, meanwhile, was buried by shifting sands and lost until 1863, when a storm uncovered the remarkably well-preserved wreckage that was presumed to be the same ship described by Bradford because of where it was found.

Although the original name of the ship remains unknown, it has been referred to since the 1860s as the Sparrow-Hawk. 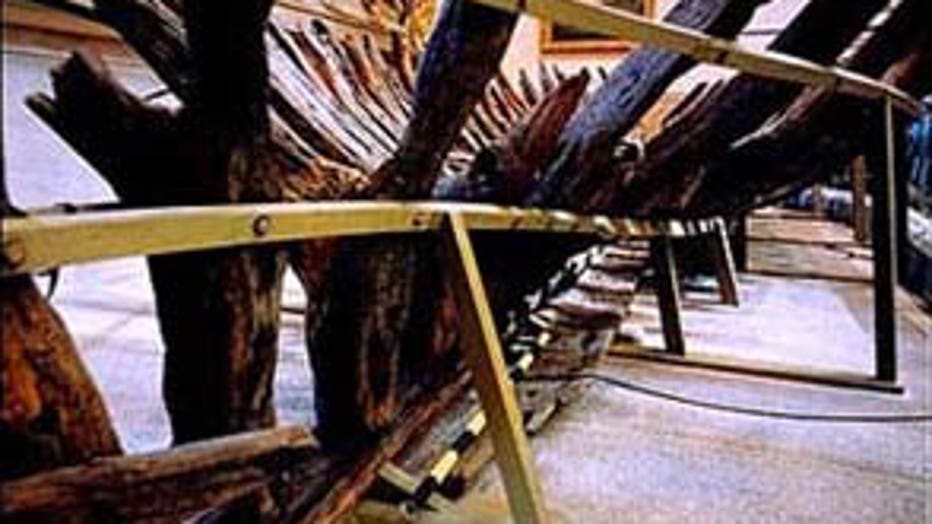 The Sparrow-Hawk is the only surviving remains of a 17th century trans-Atlantic vessel.

The wreck has long been one of the museum's most intriguing artifacts, Curtin said. It has been studied and scrutinized by generations of maritime experts, but had never before gone through such a detailed analysis.

The study was led by Calvin Mires, a maritime archeologist and researcher with the Woods Hole Oceanographic Institution in Falmouth, Massachusetts; Aiofe Daly, an associate professor at the Saxo Institute at the University of Copenhagen, Denmark; and Fred Hocker, the director of research at the Vasa Museum in Stockholm, Sweden.

They used wiggle-match dating, a form of radiocarbon analysis, and dendrochronology, the study of tree ring growth, to narrow down roughly when the Sparrow-Hawk was built.

The wiggle-match dating indicated that the wood used to make the boat was harvested between 1556 and 1646, according to the study.

The rings on a tree are like the "fingerprint based on the climate of the region in which the tree grew," Daly said. The ring patterns of the Sparrow-Hawk's wood matched tree-ring chronologies from 17th century southern England, according to the study.

The same techniques were used to study the Vasa, a Swedish warship that went down on its maiden voyage in 1628, just two years after the Sparrow-Hawk wrecked.

"We cannot say with 100% certainty that this is the Sparrow-Hawk," Curtin said. "But we can say with much more confidence than ever before that what we have is compatible with the story in Gov. Bradford’s journal."

Another clue that the Sparrow-Hawk is from the early 17th century is the oak and elm from which it is constructed, said the Vasa Museum’s Hocker, who specializes in the history of shipbuilding.

"That combination of woods is a traditional combination of materials in shipbuilding in England in that era," he said. "Everything I looked at just screamed 17th century to me."

Although they have been exhibited publicly in the past, the Sparrow-Hawk's remains are currently in storage at the Plymouth museum.

More scientific study is planned, and Curtin would like to use digital modeling to construct a 3D image of the ship, with the goal of putting it back on public display in 2026, the 400th anniversary of the wreck.