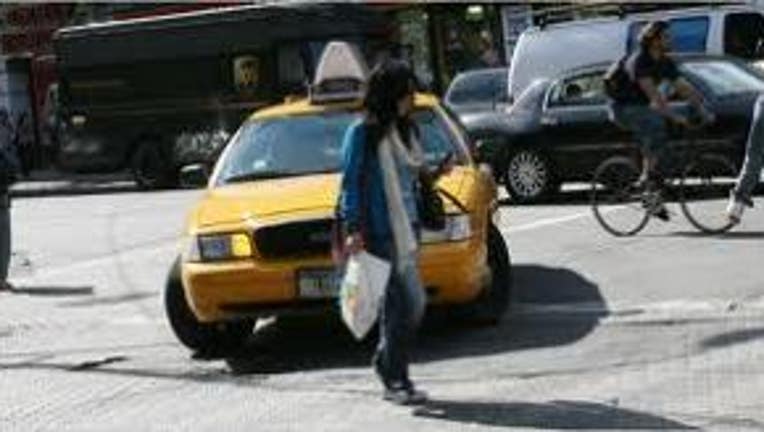 LAS VEGAS, Nev. -- Harvey Munford has heard a lot of talk about the dangers of texting while driving. Now the Nevada assemblyman wants to focus on what he considers an equally perilous scourge: texting while walking, especially across a busy street.

Munford, D-Las Vegas, on Thursday introduced Assembly Bill 123, saying the new law could be applied not to just urban streets but to all state roads, even in residential neighborhoods.

The penalty for offenders: a pricey ticket, including $250 for a third offense. First-timers would get a warning.

Nevada is following the town of Fort Lee, N.J., which last year issued a ban against texting while crossing the street.

Munford told the Los Angeles Times that he began watching for the practice while behind the wheel last year after a complaint by a constituent.

“I was just amazed by what I saw,” he said. “So many people are almost oblivious. They are texting and texting, totally unaware as they cross even six-lane highways.”

He said young people are the biggest offenders.

“When kids get out of school, where they’ve been banned from using their phones all day, they go immediately to their texts,” he told The Times. “I’ve seen several close calls myself where people have almost been hit. Kids are so addicted to those things. It’s almost become a plague.”

Munford said he spoke with officials in Seattle, which he says is also considering such a ban. He said there is little research into how many injuries and deaths might result from the practice, but suggested that his law might lead to a study, at least in Nevada.

In introducing the bill, Munford cited a Seattle study published last year that analyzed pedestrian activity while crossing the street. Researchers observed 1,000 people crossing 20 busy intersections, finding that only 1 in 4 observed all the safety rules. Texting was found to be the riskiest behavior.

Munford also wants to introduce a media campaign that suggests texting while walking is juvenile and dangerous.

“For everybody else,” Munford told The Times, “it’s just a bit of common sense.”