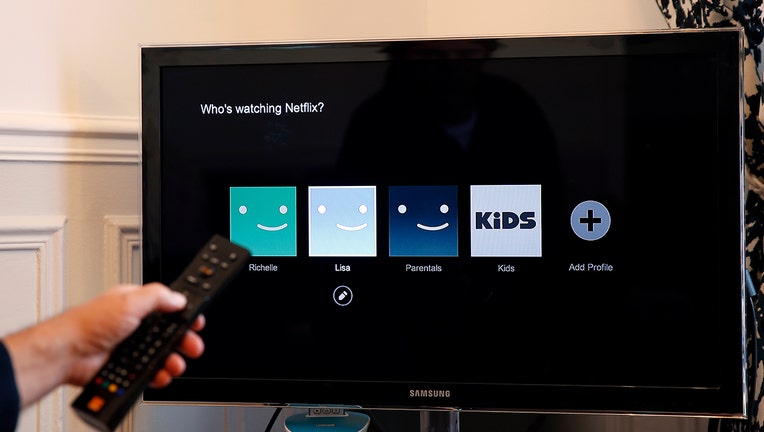 OCTOBER 23: In this photo illustration, user profile logos of the Netflix media service provider's is displayed on the screen of a television on October 23, 2018 in Paris, France. The US video-on-demand company Netflix announced Monday it wants to ra

LOS ANGELES - Netflix will soon launch a test that would prompt subscribers to pay an additional fee to allow users outside their households to use the account.

According to the subscription streaming service's current "Terms of Use" agreement, any content accessed through its service for personal use "may not be shared with individuals beyond your household" — a condition that Netflix has looked over or dismissed for years.

Now the company says it will launch and test a new feature for its members in Chile, Costa Rica and Peru, which will require members to add "sub accounts" for up to two people they don’t live with at a cost of 2,380 CLP in Chile, 2.99 USD in Costa Rica and 7.9 PEN in Peru.

No announcement has been made whether the features will eventually be tested in the United States.

"We’ve always made it easy for people who live together to share their Netflix account, with features like separate profiles and multiple streams in our Standard and Premium plans," the company wrote in a blog post on Wednesday. "While these have been hugely popular, they have also created some confusion about when and how Netflix can be shared. As a result, accounts are being shared between households - impacting our ability to invest in great new TV and films for our members."

Netflix said it has been working on ways to enable members to share their accounts outside their household in an easy and more secure way over the last year.

Subscribers who opt out of paying for users outside their household can transfer their profiles to new accounts — another feature that will be tested by the streaming service.

"We recognize that people have many entertainment choices, so we want to ensure any new features are flexible and useful for members, whose subscriptions fund all our great TV and films. We’ll be working to understand the utility of these two features for members in these three countries before making changes anywhere else in the world," Netflix continued.

Previous tests by the company have been designed to ensure revenue is not lost as the streaming space has grown increasingly competitive.

Last year, Netflix chose to crack down on password sharing with a new test. Many users encountered an inquiry when they logged on asking for verification that they were the owner of the Netflix account. A warning message read: "If you don't live with the owner of this account, you need your own account to keep watching."

A spokesperson for Netflix confirmed the test to FOX Business, noting it was "designed to help ensure that people using Netflix accounts are authorized to do so."

In 2016, Netflix CEO Reed Hastings acknowledged password sharing during a call with analysts, saying that it is "something you have to learn to live with."

RELATED: Netflix cracking down on password sharing with new test and warning

"There’s so much legitimate password sharing, like you sharing with your spouse, with your kids, so there’s no bright line, and we’re doing fine as is," Hastings said.

But since those comments just five years ago, the streaming marketplace has vastly changed. Netflix has found more and more competition for viewers and dollars with the launch of many streaming platforms including AppleTV+, Disney+, Discovery+ and HBOMax.In 2019, Netflix's chief product officer Gregory Peters told analysts during an earnings call that the company was focused on preventing password sharing, but that the platform was still looking for ways to enforce it.

According to an analysis by research firm Parks Associates, password piracy and sharing cost streaming providers $9.1 billion in 2019 alone. The firm estimates that figure will rise to $12.5 billion by 2024.

Netflix currently charges users $9.99-19.99 per month, depending on the plan.

FOX Business contributed to this story.