The popular streaming service recently started testing video promotions between episodes and movies. A company spokesperson also pushed back on the term "commercials," and insisted the "personalized recommendations" are for other shows and movies on Netflix. 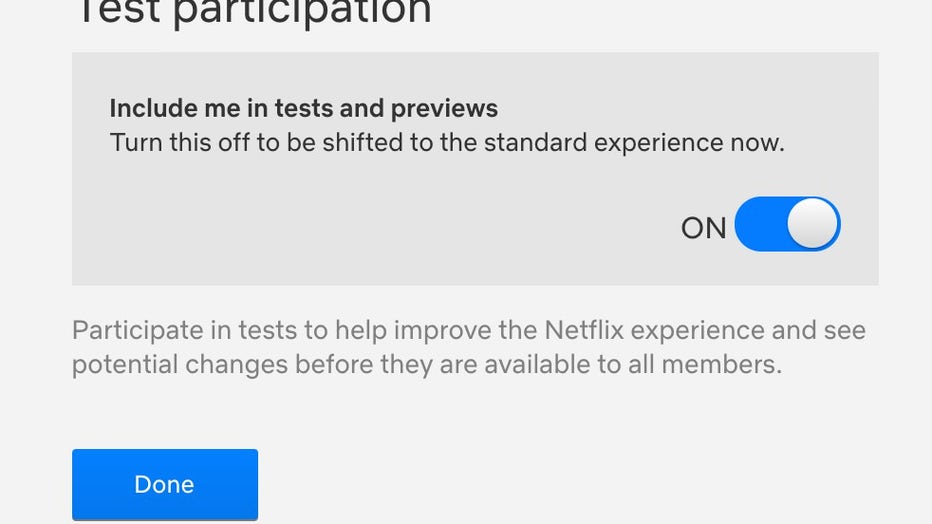 To opt out of all "tests," go to neflix.com/DoNotTest

Some Reddit users, who were apparently part of the test, said they were unable to skip the video promos. Other users said they did see a "skip" button."

In a statement to CNN, Netflix confirmed they are "surfacing" recommendations to some Netflix users, but also said users will have the ability to skip the promos.

"We are testing whether surfacing recommendations between episodes helps members discover stories they will enjoy faster," Netflix explained in a statement on Friday. "It is important to note that a member is able to skip a video preview at anytime if they are not interested."

How to opt out: Go to netflix.com/DoNotTest. It's worth noting you will be removed from all tests, which may include some other features that are still considered in "test" mode.

In 2016, Netflix launched video previews that play when users browse. Netflix said that the videos cut down the time people spent browsing "significantly," and that it has been experimenting with different types of video since then.

Netflix has about 130 million customers worldwide. In the three months ending in July, it added about 5.2 million users — roughly 1 million less than it had expected.