Ahead of the looming crackdown on password-sharing, Netflix is introducing a way to ease the transition for subscribers: profile transferring.

The feature allows viewers using someone else’s Netflix account to migrate their information — including recommendations and viewing history — to a new profile.

Netflix said in an email to paying customers that allowing this feature won’t sign anyone out of their devices, or block anyone from continuing to use your Netflix account.

The paying subscriber has the authority to put the transfer option on accounts.

If you’re looking to transfer your profile and start anew, first make sure the person whose account you’re using has the transfer feature turned on. Then, hover over your profile icon in the dropdown menu on the homepage, go to the "Transfer Profile" option, and you’ll be guided through the process of creating a new account.

Information that will be transferred includes: recommendations, viewing history, "My List" titles, saves games and game handles, settings, and miscellaneous items such as your profile name and icon.

Payment information will never be transferred. 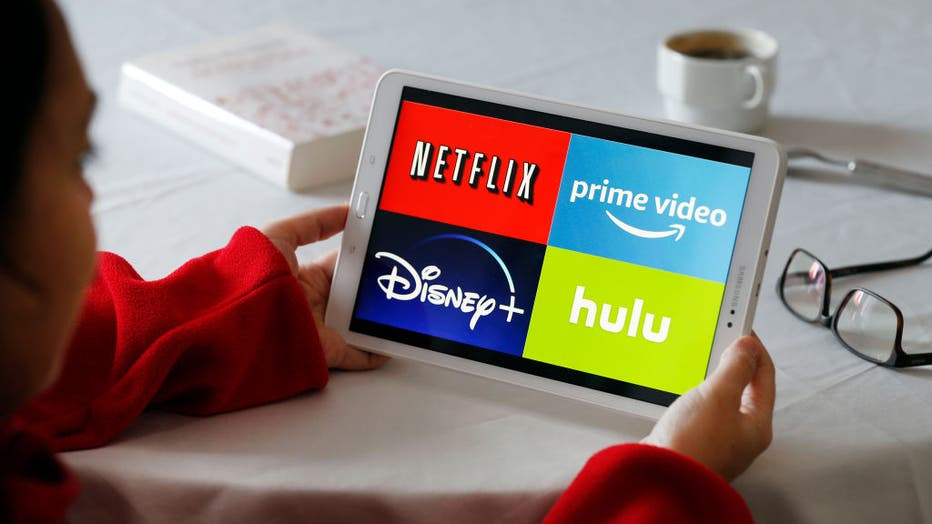 In this photo illustration, the logos of media service providers, Netflix, Amazon Prime Video, Disney + and Hulu are displayed on the screen of a tablet. (Photo by Chesnot/Getty Images)

The streaming market also become crowded with tougher competition from the likes of Amazon, Apple and Walt Disney Co. For the first time ever, Netflix reported a decline in subscribers earlier this year.

Meanwhile, millions of people are watching its service for free by piggybacking off someone else’s account, costing the entertainment company billions.

The company has been testing ways to remedy this for months, and finally announced the account-sharing crackdown is coming to the U.S. in early 2023.

"We’ve landed on a thoughtful approach to monetize account sharing and we’ll begin rolling this out more broadly starting in early 2023," the world's largest streaming service wrote in its quarterly shareholder letter on Tuesday.

"After listening to consumer feedback, we are going to offer the ability for borrowers to transfer their Netflix profile into their own account, and for sharers to manage their devices more easily and to create sub-accounts ('extra member'), if they want to pay for family or friends."

The "extra member" add-on will reportedly cost a few dollars per profile.

Netflix is also soon offering a plan with ads to entice subscribers looking to beat the company’s continued increase in membership cost.

Besides putting up with roughly four to five minutes of ads during each hour of viewing, Netflix subscribers who sign up for the cheaper service also won't be able to download TV shows and movies to watch when their devices are offline.

Also, a "limited" amount of programming available on the commercial-free service won't be on the ad-supported version because of licensing issues.