The plan offers two simultaneous streams for each customer. Current customers will not pay the new price until October 2016.

A cheaper, non-HD $7.99 per month plan is still available. The premium subscription remains at $11.99 a month.

"To continue adding more TV shows and movies including many Netflix original titles, we are modestly raising the price for some new members in the U.S., Canada and Latin America. As a thank you to existing Netflix members — who aren’t already benefiting from a previous price guarantee — we will maintain their current price for a year," the company said in an email to Tribune Broadcasting. 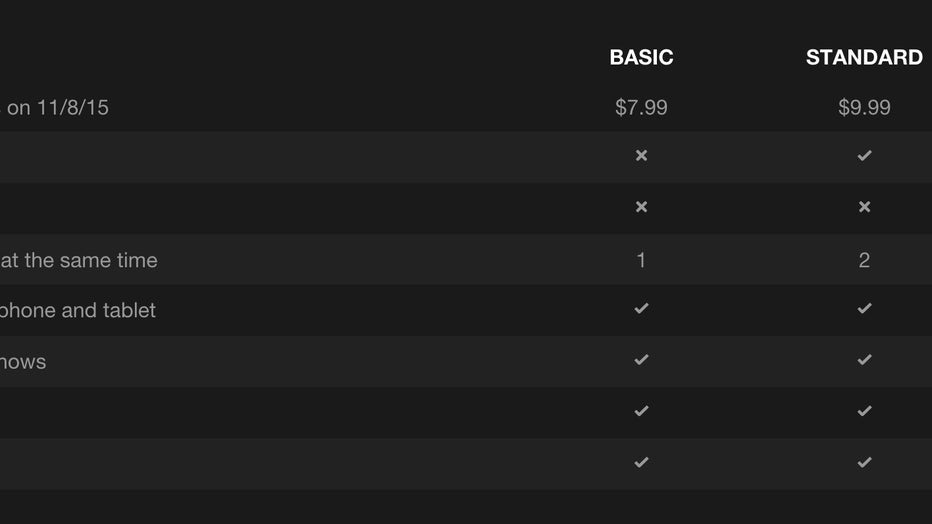