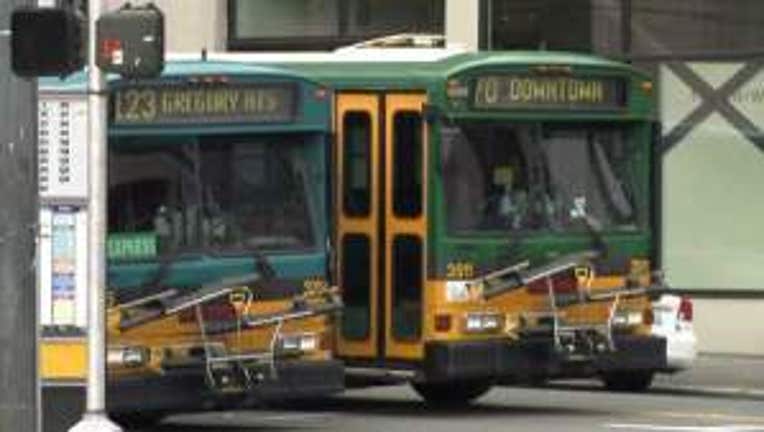 NORTH SEATTLE -- The part of north Seattle near the intersection of Holman Road NW and 6th Avenue NW is a family friendly, walkable neighborhood, so kids with guns on a bus or on the street leaves a lot of parents with a nervous feeling.
"It seems like there's a lot more kid violence with guns lately,” neighbor Donna Sullivan said.
"It's really unfortunate. I have a son that's 14 and it's just sad what the world is coming to,” neighbor McKenzie Calavari said.
Police say one of the three kids pulled the gun and threatened the driver.
They fled through the QFC parking lot and into an adjacent neighborhood where all three were caught including one armed with a knife and a handgun.
"Kids can get their hands on guns pretty easily and that's a tragedy,” Crime Stoppers of Puget Sound Executive Director Myrle Carner said.
Carner says kids usually get guns from their own home or that of a relative or friend.
"They know friends that know friends, that have them and I think that’s how they get them and it's unfortunate that some people don't care if they give them to a minor,” Calavari said.
The incident on the bus comes on the heels of a deadly shooting about half mile away in the Greenwood neighborhood.
February 23rd, David Peterson was out for a nightly run.
He called 911 saying he was being robbed.
Witnesses heard a single gunshot and Peterson was dead.
17 year old Ballard High School student Byron white was arrested five days later.
Police say he was at Sea-Tac Airport trying to catch a flight out of the state.
"Kids who are out committing crimes, most of them have a source on the street. It's no secret criminals can get guns. They buy them illegally all the time,” Carner said.
What happens to the gun next can lead to even bigger problems.
"If they have a drug habit they'll sell a gun for 10, 15 bucks. It doesn't matter and where that gun goes is unbelievable sometimes. It's traced many times over and by the time we actually end up with the gun it may have been through maybe two or three different shootings,” Carner said.
Prosecutors all over western Washington are working to stiffen penalties on crimes where a handgun is used, even for minors, but there are also efforts to intervene in young lives before they make a deadly decision.