OSO, Wash. -- The desperate search for survivors continues more that 48 hours after the massive landslide in Oso on Saturday. 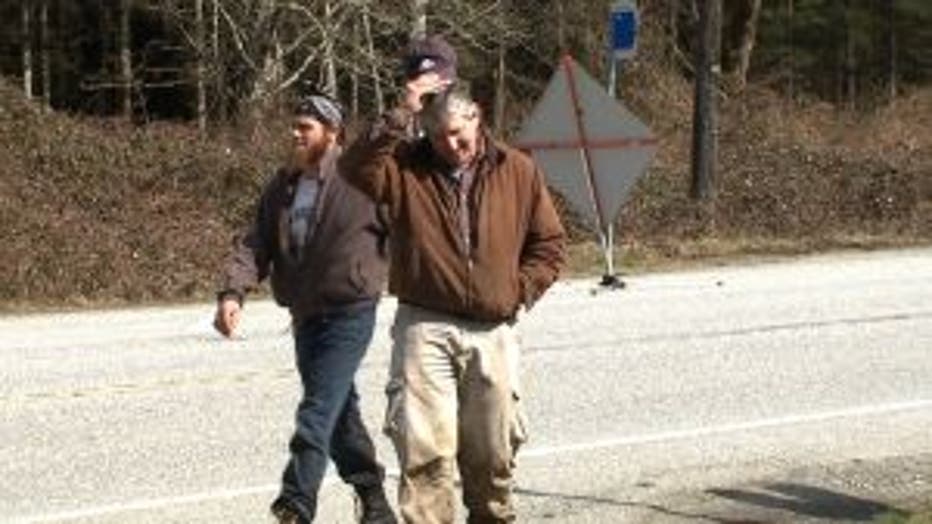 Michael Duncan and Kris Langton spent Monday morning trying to find anyway they could to get inside the slide area.

“We were out there in a canoe today trying to find people,” said Duncan. “We climbed over massive mounts of debris.”

Kris Langton has been scouring through the muck since Saturday morning when he pulled five people to safety.

“(I pulled) a woman and her baby to safety and I got two men in a helicopter,” said Langton.

Ten miles to the east of the slide is the town of Darrington, which is all but cut off from the rest of the state.

The Hadaway’s check the map and point to where they believe their brother was at Saturday morning.

It turns out he was directly in front of the slide.

“The GPS showed him there at 8:15 and it hasn’t started up again,” said Frank Hadaway.

Frank’s brother Steve was installing a satellite dish in Oso during the weekend, but his family hasn’t heard from him since.

“He was a fighter, a bigtime fighter,” said Frank. “He was in the Marines. He’s not going to leave his family if he doesn’t have to.”