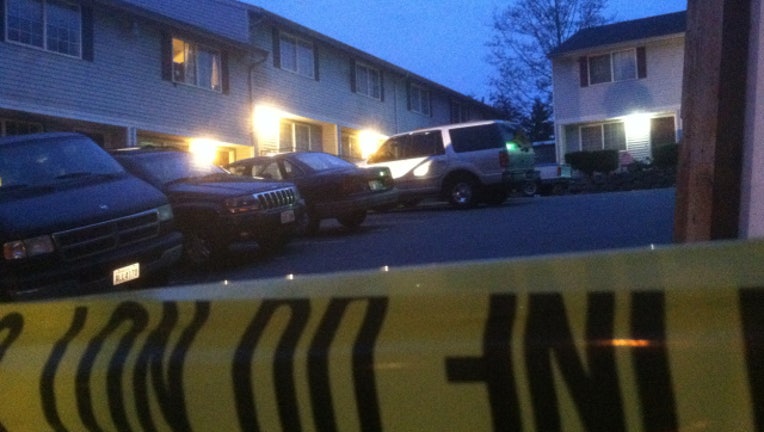 Site of the Monday morning stabbing.

EVERETT -- Detectives are investigating a homicide at a complex of town homes on the 8200 block of 5th Avenue W after neighbors say their friend was stabbed several times trying to protect a woman early Monday morning.

Everett Police say they were called down to the town home complex for the stabbing at about 2 a.m. Monday morning. When they arrived they found a man who was not responding and a woman administering CPR on the victim.

Police searched the scene and couldn't find the suspect, but he was found several minutes later a few blocks away with the help of a K-9.

The suspect is now in police custody being interviewed by detectives.

Neighbors say it is a shame their good friend died this morning, and called the victim a hero.

"He was always a great guy," neighbor Andrew Weber said. "He was always smiling. They were just out here barbecuing  having a grand ole time you know."