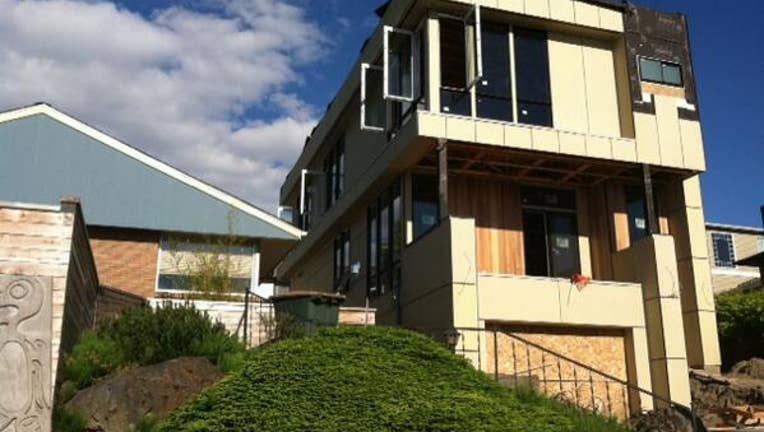 SEATTLE -- When Dave Allen moved into the Benchview neighborhood in West Seattle, he expected some changes.

“There was a house with an extra big yard, and you could see there was room for another regular-sized lot with a house,” he says. “We expected that would eventually happen.”

But he did not expect a third home, three stories high, to be built on what used to be the edge of the lot.

“It was a little garage, it made sense. This just doesn’t make sense.”

Allen and many of his neighbors showed up at a Seattle City Council meeting Monday, hoping to stop developers from putting up more small-lot houses.

“These are not small homes,” said one woman.  “They’re really large homes on really small lots.”

“My neighborhood has seen egregious exploitation of codes and zoning by real estate developers,” said another.

“I don’t think one should regulate taste,” added Dick Miller. “But I do think the city has an obligation to consider civility and neighborhood consideration when they’re doing planning.”

City Council members listened and passed an ordinance that does limit the size and height of buildings in certain neighborhoods. But it’s a complicated set of rules.

Developers, who had been working on this issue with the city for nearly two years, say they aren’t happy with the final set of regulations that was approved.

“The goal of this legislation was to make things easier to understand for both neighbors and developers,” says Roger Valdez, the director of Smart Growth Seattle. “What it’s done is confounded height even further. So what you’re going to have is fights over where heights get calculated.”

Homeowners are glad some rules are in place, but they worry the city may have created new loopholes that developers will be able advantage of.

“I’m sure someone right now has no idea what these rules are about,” says Allen. “They’re going to see something like this going on, because it’s allowed. And that’s sad and too bad.”