DEA says fentanyl is one of the primary drugs being sold in Washington state, with an increase in statewide seizures up 92 percent from 2019 to 2020.

PORT ANGELES, Wash. - Detectives in Clallam County are investigating after nearly $7 million worth of methamphetamine and cocaine was found on beaches west of Port Angeles.

According to the Clallam County Sheriff's Office, a resident called police on April 7 to report that he'd found a large duffle bag full of what he believed was drugs.

Detectives later confirmed that the bag was holding nearly 60 pounds of meth and 2.6 pounds of suspected cocaine. 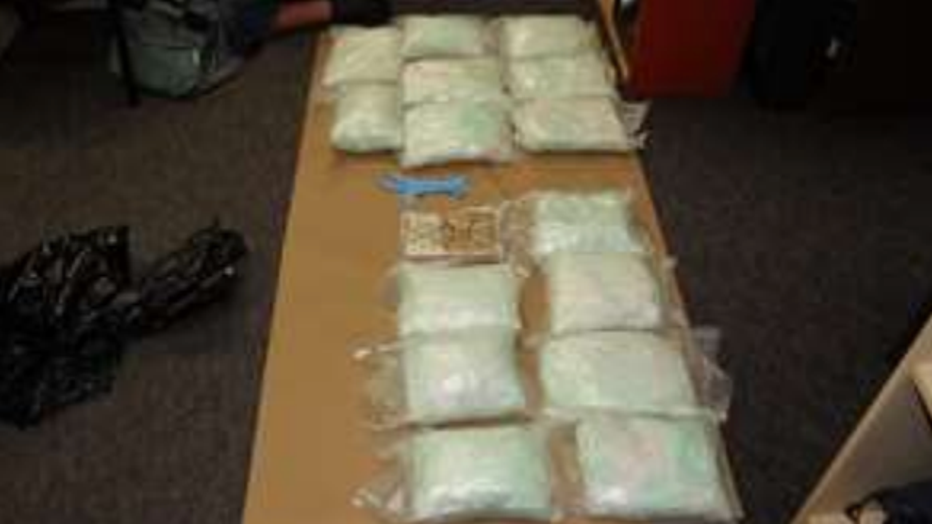 Those bags were holding 342 pounds of methamphetamine.

Detectives say the street value of the drugs seized is nearly $7 million, with a roughly $2 million wholesale value.

The FBI, U.S. Border Patrol, Homeland Security and other agencies are assisting Clallam County in the investigation.

"Perhaps someone saw a suspicious vehicle in the Joyce area along SR112 or unusual boat traffic in the strait west of Salt Creek Tongue Point around those dates," the sheriff's office says.

Anyone with information is asked to report it online here to leave information or by calling 360-417-2540 and leaving a message. This is an unstaffed tip line operated by the Sheriff’s Detective Section. You can remain anonymous.