“These sites honor the pioneering heroes, spectacular landscapes and rich history that have shaped our extraordinary country,” Obama said. “By designating these national monuments today, we will ensure they will continue to inspire and be enjoyed by generations of Americans to come.”

According to the National Parks and Conservation Association study in 2006, each federal dollar invested in national parks generates at least four dollars of economic value to the public.

"Home to bald eagles, orca whales, harbor seals and other rare species, the San Juan Islands is a chain of 450 islands, rocks and pinnacles.  Located in Washington State’s Puget Sound, the archipelago provides an opportunity for visitors, campers, kayakers and birdwatchers to experience the natural beauty of the undeveloped, rugged landscape. A number of historic lighthouses are located on the islands, as well as cultural resources and fossils dating back 12,000 years. The monument will be managed by the Department of the Interior’s Bureau of Land Management.

Sen. Patty Murray, D-Wash., announced the president's decision on the San Juan Islands last Thursday, while Obama was on a Middle East trip. 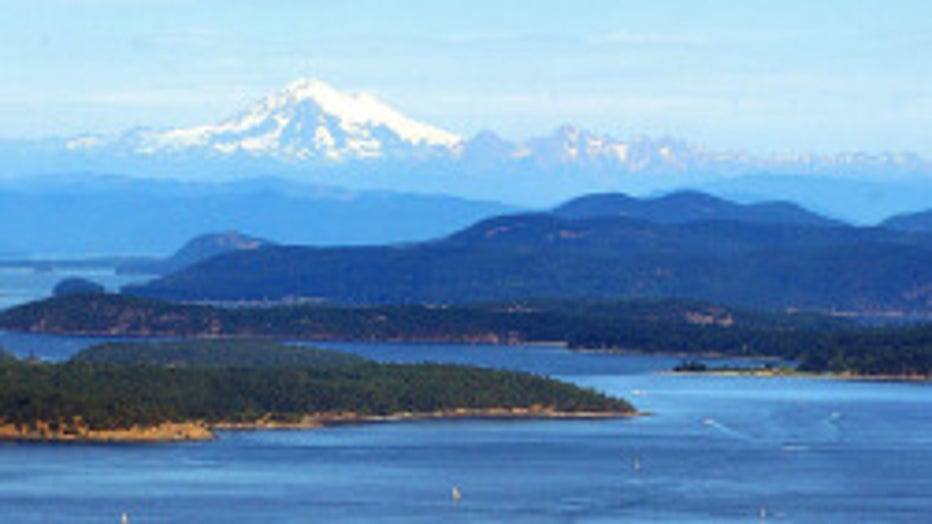 “Today’s announcement,” Murray said in a statement, “ensures that nearly 1,000 acres of cherished lands in the San Juan Islands will join our nation’s most iconic parks, wildlife refuges, and landmarks as a permanent, federally protected national monument.

“From the bluffs on Stuart Island to Watmough Bay, the San Juan Islands are home to some of our nation’s most beautiful and important natural resources. I applaud President Obama for making this designation and thank (Interior) Secretary (Ken) Salazar for his incredible leadership to protect this beloved region,” she said.

“This historic monument designation will ensure that 60 locations across the islands -- ranging from pine forests, to wind-swept beaches, to rocky outcroppings, to proud old lighthouses—will remain a permanent part of what makes the San Juans so special," Sen. Maria Cantwell, D-Wash., said. "These nearly 1,000 acres will provide recreational, ecological, historical, cultural, and scientific benefits to island residents and around 70,000 tourists that visit each year."

Rep. Rick Larsen, D-Wash., said: “San Juan Islanders have been shouting from the rooftops for years: Protect these lands. Well, the president heard our message loud and clear.