The NCAA has fallen short of upholding its commitment to gender equity by prioritizing its cash cow Division I men's basketball tournament "over everything else," according to a scathing review released Tuesday after an uproar over how the association conducts its championship events.

A law firm hired by the NCAA to investigate equity issues released a 113-page report that includes a series of recommendations, including holding the men's and women's Final Fours at the same site and offering financial incentives to schools to improve their women's basketball programs.

But it ripped the NCAA for falling into an entrenched approach to the women's game, preventing its growth and leading to an embarrassing lack of equality with the men.

"With respect to women’s basketball, the NCAA has not lived up to its stated commitment to ‘diversity, inclusion and gender equity among its student-athletes, coaches and administrators,’" the report found.

The review was done by Kaplan Hecker & Fink LLP, which was hired in March after the NCAA failed to provide similar amenities to the teams in the men’s and women’s Division I basketball tournaments. The situation blew up on social media amid player complaints and prompted apologies from NCAA executives including President Mark Emmert.

In a statement, the NCAA Board of Governors said it is "wholly committed to an equitable experience among its championships" and called on Emmert to take urgent action. Coaches around the game applauded the review.

"I sure hope this report motivates major change!!!" Hall of Fame coach Tara VanDerveer of national champion Stanford said in a text message to AP.

Big East Commissioner Val Ackerman, who wrote a paper for the NCAA in 2013 that put forward some of the same recommendations, including a combined Final Four weekend, called the report a starting point.

"I don’t think implementation will exactly be a snap, just given the cumbersome nature of the NCAA bureaucracy, but I hope this does inspire a sense of urgency about needed change," she said.

The report noted disparities were not confined to this year's tournaments and that the bedrock financial deal for the NCAA and its member schools is partly to blame: Kaplan said NCAA's structure and systems "are designed to maximize the value of and support to the Division I Men’s Basketball Championship as the primary source of funding for the NCAA and its membership."

NCAA revenues surpassed $1 billion in the year before the pandemic and almost $900 million of that was tied to the media rights deal with CBS and Turner for the men's tournament.

The women's tournament, meanwhile, is part of a package with more than two dozen other NCAA championships that ESPN owns and pays about $34 million per year for through 2023-24. But according to an assessment done for Kaplan by a team of sports media and marketing experts, the women’s tournament will be worth between $81 and $112 million annually beginning in 2025.

The report criticized the NCAA for failing to recognize or prepare for that growth in value and said revenue generated by the men’s tournament’s media deal leads to that event being prioritized "over everything else in ways that create, normalize and perpetuate gender inequities."

"We urge the NCAA to revisit with its media partners all broadcast rights agreements that include women’s basketball — specifically its contract with ESPN — as soon as possible to ensure the NCAA, the conferences, and the member institutions are being fairly compensated for the product our sport puts on the floor," Women’s Basketball Coaches Association executive director Danielle Donehew said in a statement.

ESPN, which has been credited by some for helping grow the game by airing the women's tournament exclusively since 1985, said it was reviewing the report.

"ESPN is committed to continuing to work with the NCAA and other stakeholders in women’s basketball to enhance the NCAA Women’s Basketball Championship and grow the game at all levels, while elevating the overall exposure of women’s sports," the cable giant said.

Officials at CBS and Turner Sports did not immediately respond to messages seeking comment.

"Yes, it’s positive for sure," Smith said. "I think the NCAA is being called out in a number of ways recently and the NCAA will have to pivot and adjust in order to avoid even more lawsuits. It’s gotten to the point where enough is enough."

Kaplan said running the Final Fours at the same site would allow for better cross-promotion of the events and for sponsors to be involved in each tournament. The report called it the "best available means to grow women's basketball."

VanDerveer and Connecticut coach Geno Auriemma both said they weren't sold on combining the Final Fours, but wanted to remain open to the idea.

"It’s worth a shot. It’s possible. It’s been done successfully with tennis and the Olympics," Auriemma said. "Will there be enough coverage spread around that no one gets lost in the shuffle there? That’s the question."

Kaplan also recommended using the March Madness branding for the women's tournament — something the NCAA OK'd a few months ago amid the tournament outcry — and expanding the field from 64 to 68 teams to match the size of the men's bracket.

The revenue generated by the CBS/Turner deal is distributed back to schools by the NCAA, a large portion in "units" earned by conferences based on the tournament performance by individual schools. A similar distribution is not done for the women's tournament, but Kaplan suggested using a similar model could prompt schools to spend more to improve women's basketball programs.

The NCAA has struggled on the topic of equity for its two marquee tournaments for years and similar suggestions have been made before to make improvements. 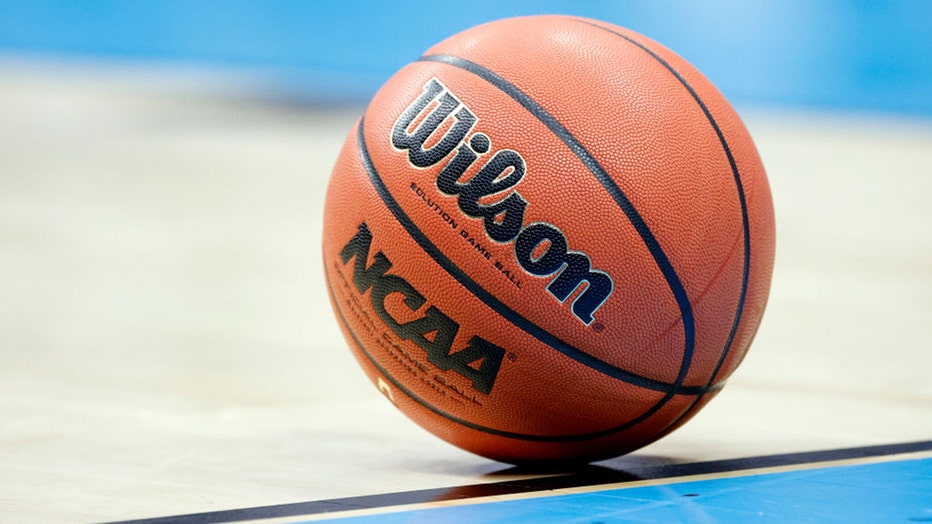 FILE - Detail view of a Wilson basketball during the National Championship game of the 2021 NCAA Men's Basketball Tournament between the Gonzaga Bulldogs and the Baylor Bears at Lucas Oil Stadium on April 05, 2021 in Indianapolis, Indiana.

What happened this year forced the issue to the fore all over again.

Among other things, female players, coaches and staff criticized the NCAA for not initially providing a full weight training area for the women’s teams in San Antonio, noting the men’s teams did not have the same problem in and around Indianapolis. Both tournaments were held in single sites because of the pandemic.

Kaplan found the problems with the weight room and other disparities between the two events, such as COVID-19 testing protocols, meals, signage and outdoor recreation, stemmed mainly from a lack of staffing of the women's tournament and coordination — a major topic of concern in the review — between organizers of the two events.

Emmert and others apologized and ordered the investigation. Other complaints surfaced at the women's volleyball tournament in Omaha, Nebraska, and the Women's College World Series in Oklahoma City.

U.S. Rep. Carolyn Maloney (D-N.Y.), chairwoman of the committee on Oversight and Reform, and two of her Democratic colleagues called the report damning and said the NCAA has for years done nothing to address gender equity issues. The committee members requested a briefing from the NCAA along with financial records.

The review called for annual assessments by the NCAA to track progress on gender equity.

"Let’s see what comes out of it," Auriemma said. "I’m interested to hear responses from college presidents and (athletic directors)."