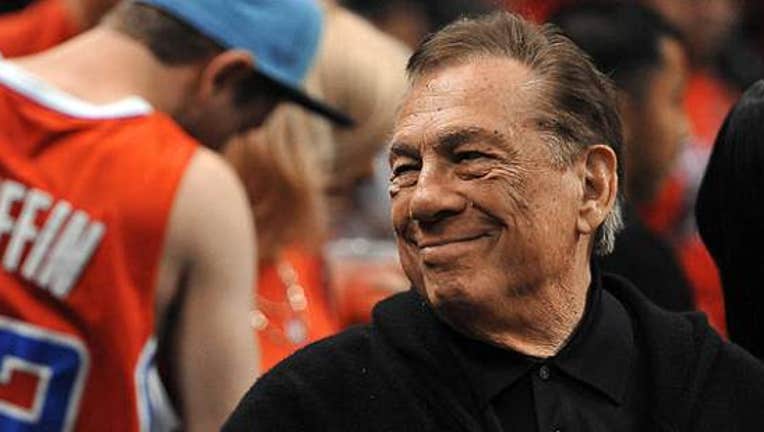 Silver said the National Basketball Association "will begin immediately" the process to force Sterling to sell the team, which he has owned since the 1980s.

"Sentiments of this kind are contrary to the principles of inclusion and respect that form the foundation of our diverse, multicultural and multi-ethnic league," Silver said. Regardless of whether Sterling's views were expressed in private, "They are now public and they reflect his views."

Sterling admitted it was his voice on the recording, Silver said. Asked whether the owner expressed any remorse for the comments, Silver said, "Mr. Sterling has not expressed those views directly to me."

The fine is the maximum that can be imposed under NBA rules. Under the ban, Sterling can't go to games, attend practices, make decisions regarding the team or attend NBA meetings. And Silver said NBA owners are expected to provide the three-quarters vote needed to force Sterling to sell the team.

"I hope that every bigot in this country sees what happened to Mr. Sterling and recognizes that if he can fall, so can you," Johnson, a former NBA all-star who's now the mayor of Sacramento, told reporters in Los Angeles.

Monday night, Johnson had called on Silver to hit Sterling with the most severe penalties.

"When a hint of cancer is shown, you have to cut it out immediately, and I feel that's where the players are today," he told CNN's "Erin Burnett OutFront."

And in a statement issued Tuesday afternoon, the Clippers organization said, "We wholeheartedly support and embrace the decision by the NBA and Commissioner Adam Silver today. Now the healing process begins."

The firestorm erupted Saturday after the website TMZ posted a 10-minute recording of what it said was an April 9 conversation between Sterling and his girlfriend, V. Stiviano. On the recording, the man and woman argue about photos posted to Instagram in which she appears with African-Americans. The man says he doesn't want the woman bringing any black people to games with her.

Team President Andy Roeser issued a statement this weekend that said "what is reflected on that recording is not consistent with, nor does it reflect (Sterling's) views, beliefs or feelings." He suggested that the recording was an attempt by Stiviano to "get even" with Sterling.

"Those are exactly the sorts of strong statements we need to stand up against these hateful comments," Garcetti said.

Tuesday, the Rev. Al Sharpton, president of the National Action Network, called on Silver to meet this week with him and other civil rights leaders, according to a statement from the organization. Sharpton is planning to meet with the Congressional Black Caucus in Washington to discuss the situation, it said.

Monday brought a slew of sponsors distancing themselves from the team and a host of other owners and team officials condemning the comments attributed to Sterling, who has never been disciplined by the league.

Adidas confirmed to CNN Tuesday that it was suspending its current marketing partnership with the Clippers. That means the company will not have in-arena promotions, signage, LED boards and so forth, but Adidas will remain the official outfitter. The Adidas logo doesn't appear on the team's warm-ups, shooting shirts and gear, Adidas spokeswoman Laura Lamkin said in an e-mail.

Sterling bought the Clippers for $12 million in 1981, and the team is now worth $575 million, according to Forbes magazine.

CNN Correspondent Rachel Nichols likened the situation to that of the late Marge Schott, who owned the Cincinnati Reds and made racist and other insensitive comments. She was suspended twice, the second time in 1996, and sold the team in 1999.

Other NBA owners have called the remarks attributed to Sterling "abhorrent," "reprehensible," "hurtful," and said they have no place in the league or anywhere in society. Charlotte Bobcats owner and Hall of Famer Michael Jordan made a rare public statement on a controversial subject.

"As an owner, I'm obviously disgusted that a fellow team owner could hold such sickening and offensive views," he said. "As a former player, I'm completely outraged. There is no room in the NBA -- or anywhere else -- for the kind of racism and hatred that Mr. Sterling allegedly expressed."

In the recording, the man seems mad about a photo the woman posted to Instagram with Magic Johnson, now a part owner of the Los Angeles Dodgers.

"In your lousy f**ing Instagrams, you don't have to have yourself with -- walking with black people," the man says.

"If it's white people, it's OK?" she responds. "If it was Larry Bird, would it make a difference?"

"I've known (Magic Johnson) well, and he should be admired. ... I'm just saying that it's too bad you can't admire him privately," the man on the recording says. "Admire him, bring him here, feed him, f**k him, but don't put (Magic) on an Instagram for the world to have to see so they have to call me. And don't bring him to my games."

On Sunday, the sports website Deadspin posted five additional minutes it said was part of the same audio recording.

Neither website has said how it obtained the recordings.

Stiviano's lawyer's office said Sunday that she didn't release the recordings to TMZ but that they are legitimate.

"This office understands that the currently released audio tape of approximately 15 minutes is a portion of approximately one (1) hour of overall audio recording of Mr. Donald T. Sterling and Ms. Stiviano, and is in fact legitimate," Mac E. Nehoray said in a news release. "Ms. Stiviano did not release the tape(s) to any news media."

"Our family is devastated by the racist comments made by my estranged husband," Rochelle Sterling said. "My children and I do not share these despicable views or prejudices. We will not let one man's small-mindedness poison the spirit of the fans and accomplishments of the team in the city we love."

Los Angeles Clippers coach Doc Rivers told reporters Monday that he was offered an opportunity to speak to Sterling after the comments attributed to the team's owner were posted online, but Rivers said he "passed." Rivers added, "I don't think right now is the time or place, for me at least. And so I just took a pass."

The coach, in his first year with the Clippers, said he believes that Sterling did make the comments but said he wanted to find out if the recording was doctored.

Rivers confirmed the team's players had talked about boycotting a playoff game but decided against it. Whether the coach or a player will address the fans before Tuesday's Game 5 against the Golden State Warriors is being discussed internally, Rivers said. The teams each have two wins in the best-of-seven-games series.

Sterling was to receive a lifetime achievement award at an event next month to mark the 100th anniversary of the Los Angeles NAACP, but the national organization said Monday that would not happen.

Sterling had been given a lifetime achievement award from the organization in 2009, according to a brochure obtained by CNN.

Roeser, the Clippers' president, suggested Saturday that Stiviano -- whom he didn't mention by name -- was "getting even" with Sterling over a lawsuit.

Rochelle Sterling filed a lawsuit last month against Stiviano, who she said was having an affair with her husband.

In the complaint, Rochelle Sterling accuses Stiviano of targeting extremely wealthy older men. The suit claims that Donald Sterling used the couple's money to buy Stiviano a Ferrari, two Bentleys and a Range Rover and that Stiviano took possession of a $1.8 million duplex through fraud. Sterling also gave her nearly $250,000 in cash, the court document says.

Stiviano countered in another court document that there was nothing wrong with Donald Sterling giving her gifts and that she never took advantage of the Clippers owner, who made much of his fortune in real estate.

Speaking about the recording, Roeser said, "We do not know if it is legitimate or it has been altered. We do know that the woman on the tape -- who we believe released it to TMZ -- is the defendant in a lawsuit brought by the Sterling family alleging that she embezzled more than $1.8 million, who told Mr. Sterling that she would 'get even.' " 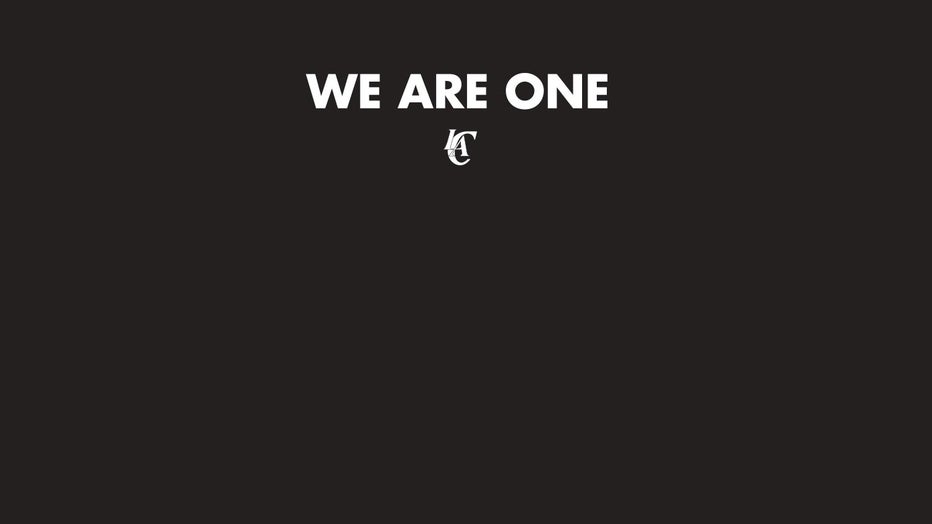