SEATTLE -- Investor Chris Hansen, who is attempting to obtain a new NBA team for Seattle, announced Friday night that his investment group has agreed to increase its offer for the Sacramento Kings by $25 million.

The announcement came just hours after it was reportedthat the group of investors in California who are seeking to buy the Kings from the Maloof family and keep the team in Sacramento had notified the NBA that they would match the previous offer of the Seattle-based group.

Just after 9 p.m. Friday, Hansen placed the following statement on his website, Sonicsarena.com: "We would like to announce that we have reached an agreement with the Maloofs to raise the price we are offering to purchase the controlling interest in the Sacramento Kings NBA franchise by $25 million — from an enterprise value of $525 million to an enterprise value of $550 million.

"While we already have a binding purchase agreement to purchase the controlling interest in the team, the Seattle Ownership Group has elected to voluntarily raise its purchase price as a sign of our commitment to bring basketball back to our City and our high degree of confidence in our Arena plan, our financing plan, the economic strength of the Seattle market, individual and corporate support for the team and, most importantly, the future of the NBA," Hansen said. 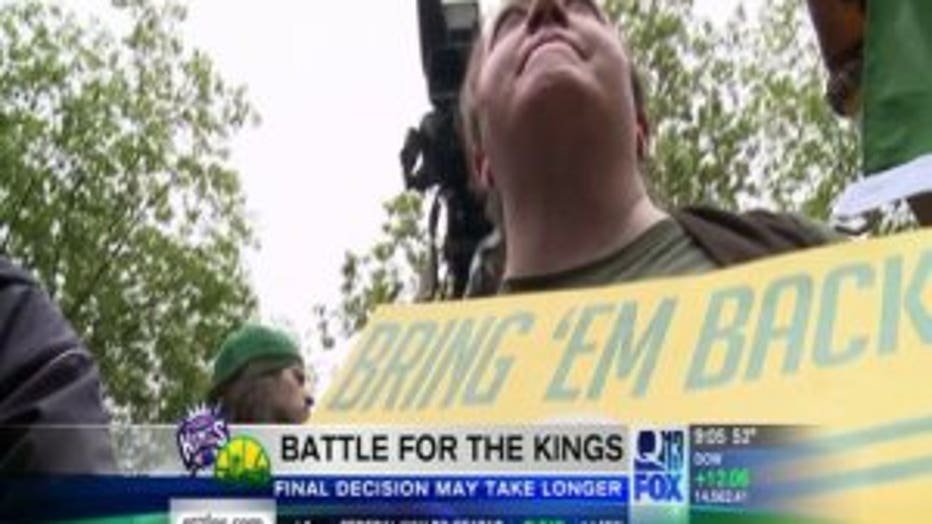 Earlier, it was also announced in Sacramento that Chris Kelly, a former Facebook executive who ran for California state attorney general in 2010, was a new partner among the California investment group.

The Maloof family, which owns the franchise, had set a 5 p.m. Friday deadline to receive a written, binding offer from the Sacramento contingent. But when it became clear that would not be met, the Maloofs apparently offered to extend it a couple of days.

Then Hansen's group stepped in, offering to sweeten the original bid.

The NBA Board of Governors is scheduled to vote next week on which bid to accept, although that decision could get postponed.