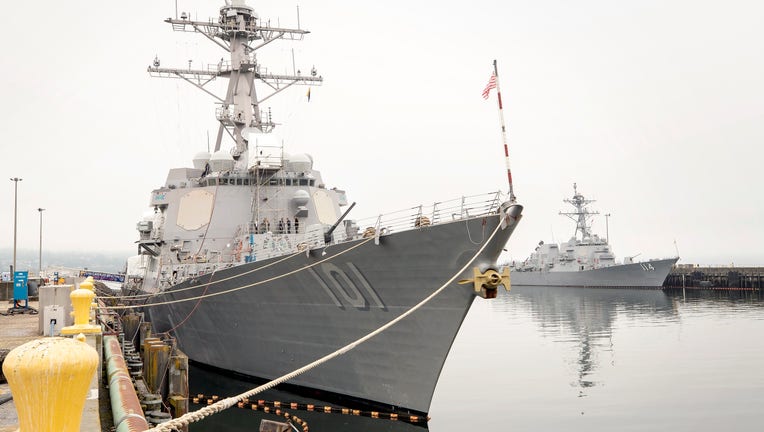 The USS Gridley was leaving the pier at Naval Magazine Indian Island on Thursday morning when the oil spill occurred around 10:30 a.m., the Navy said.

Naval officials said 20 gallons (75 liters) were spilled. Responders were using a 200-foot (61 meter) oil spill containment boom to form a perimeter and limit environmental damage, the Kitsap Sun reported. About 10 gallons (38 liters) have been contained. The Navy notified the Coast Guard and the state’s Department of Ecology. Naval officials are investigating the cause of the spill.

The Naval Station Everett is the USS Gridley’s homeport. Navy vessels stop at Indian Island when headed to or from the wider Pacific Ocean to load up on fuel, food and munitions.