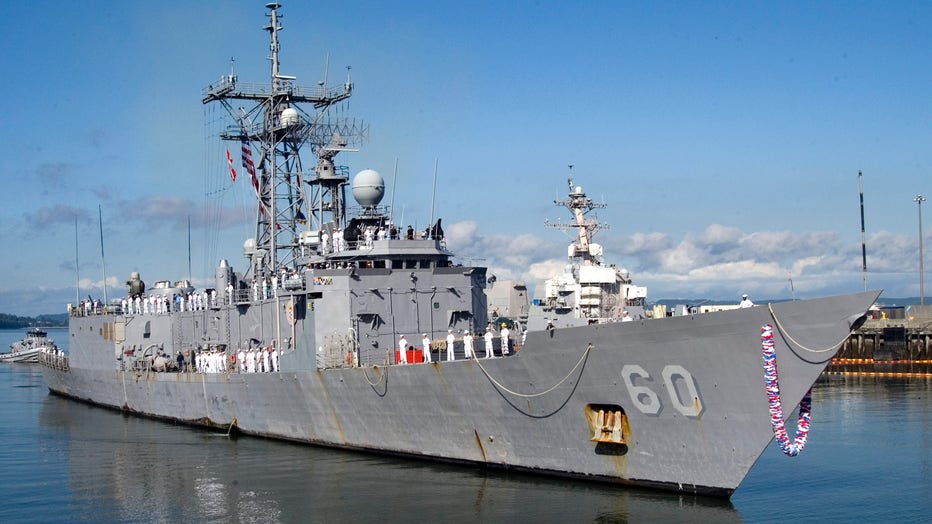 EVERETT, Wash. (AP) — The Navy is holding a decommissioning ceremony Friday at Naval Station Everett for the frigate Rodney Davis. It returned from its final deployment last month, after 28 years of service.

The Navy plans to sell it to a foreign military.

The Navy also recently decommissioned another Everett-based frigate, the Ingraham, which will be scrapped in Bremerton.

Only two Navy ships remain based at Everett: the destroyers Shoup and Momsen.

The aircraft carrier Nimitz was moved from Everett to Bremerton earlier this month for a 16-month overhaul at the Puget Sound Naval Shipyard.

Information from: The Daily Herald