JACKSONVILLE, Fla. (AP) - A Navy hospital in Florida has removed some employees from patient care after Snapchat photos showed a nurse giving the middle finger to a newborn with a caption that said, ``How I currently feel about these mini Satans.'' 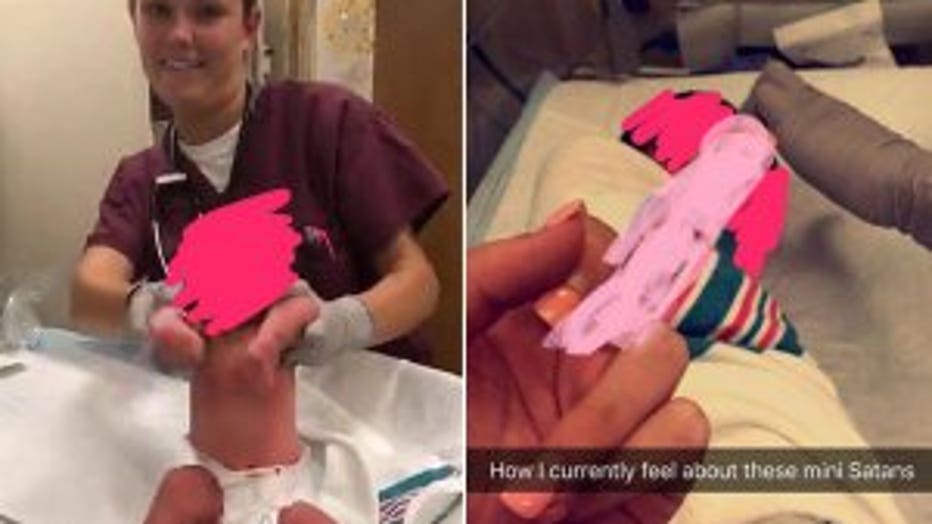 Jeanne Casey, spokeswoman for the Naval Hospital Jacksonville, said in a statement released late Monday said the incident is ``outrageous, incredibly unprofessional, and cannot be tolerated.''

The Snapchat post also said the ``navy nurse'' and her friend made a baby dance to rap music.

Casey says the employees have been removed from patient care and they will be handled by the legal system and military justice. She said the hospital was in the process of notifying the parents of the babies.

The statement didn't say how many employees were involved in the incident.