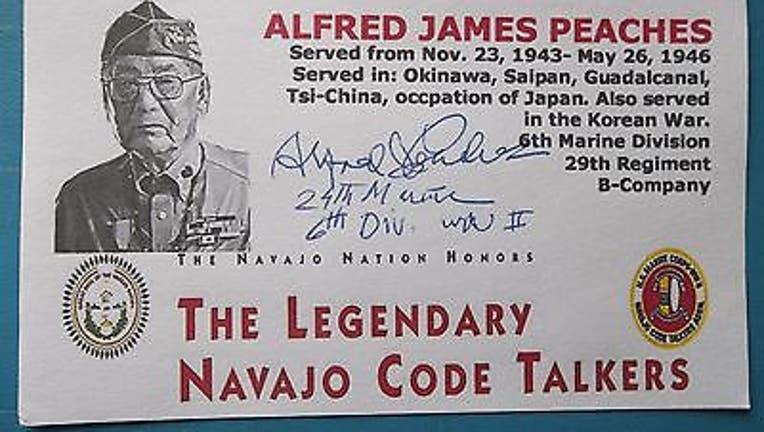 WINDOW ROCK, Ariz. (AP) — Flags will be lowered across the Navajo Nation in honor of another Navajo Code Talker who has died.

Tribal President Russell Begaye commended Peaches for defending the United States in World War II, using a code based on the Navajo language that stumped the Japanese.

Born in Shonto, Arizona, Peaches was among hundreds of Navajos who served as Code Talkers. He was part of the 6th Marine Division from 1943 to 1946.

Peaches is survived by his wife Jeanette, two sons, two daughters, five grandchildren and one great-grandchild.

Begaye has ordered flags flown at half-staff from sunrise to sunset on Saturday.