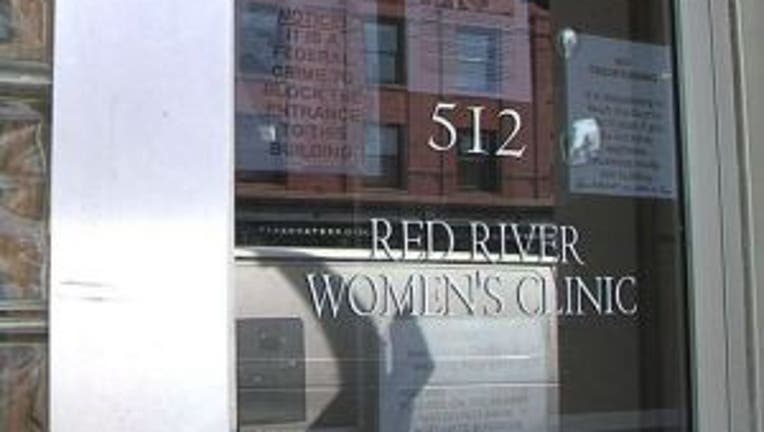 BISMARCK, N.D. -- North Dakota Gov. Jack Dalrymple has signed into law the most restrictive abortion laws in the nation, including one that bans abortions after the detection of a fetal heartbeat, which can come as soon as six weeks after conception.

A second bill signed by the Republican governor bans abortions solely for the purpose of gender selection and genetic abnormalities. And another requires that any physician who performs abortions must have staff privileges at a nearby hospital.

The three new laws -- and a previously approved resolution calling for a November referendum on a constitutional amendment that is designed to protect life at any stage of development -- places the state at the forefront of efforts to limit abortion rights.

Supporters of abortion rights have said they will fight the referendum and will seek to have the laws blocked in the courts.

The laws test the current standards established by the U.S. Supreme Court in the 1973 Roe vs. Wade and other cases. In general, the Supreme Court has held that a woman has a constitutionally-protected right to an abortion until the fetus is viable outside of the womb, generally at between 22 and 24 weeks.

In a statement, Dalrymple acknowledged that the state’s new laws, especially the heartbeat requirement, will face legal challenges.

“Although the likelihood of this measure surviving a court challenge remains in question, this bill is nevertheless a legitimate attempt by a state legislature to discover the boundaries of Roe vs. Wade,” the governor stated. “Because the U.S. Supreme Court has allowed state restrictions on the performing of abortions and because the Supreme Court has never considered this precise restriction ... the constitutionality of this measure is an open question.”

The governor also noted that the law requiring hospital privileges could be challenged in the courts.

“The added requirement that the hospital privileges must include allowing abortions to take place in their facility greatly increases the chances that this measure will face a court challenge,” he stated. “Nevertheless, it is a legitimate and new question for the courts regarding a precise restriction on doctors who perform abortions.”

The measures would go into effect Aug. 1.

Other states have lowered the effective date beyond which abortions are no longer legal, though North Dakota's would be the most stringent. Arkansas passed a 12-week ban earlier this month that prohibits most abortions when a fetal heartbeat can be detected using an abdominal ultrasound.