SEATTLE – Car crashes are the number one killer of teenagers.  It’s one reason why the state of Washington just enacted a new harsher law against texting while driving.  While impaired driving is the biggest problem on the roads, experts argue distracted driving like texting isn’t far behind.

Saturday, the Ford Driving Schools for Life Tour took a pit stop in Seattle to teach teenagers the dangers on the road might be inside their own vehicle. 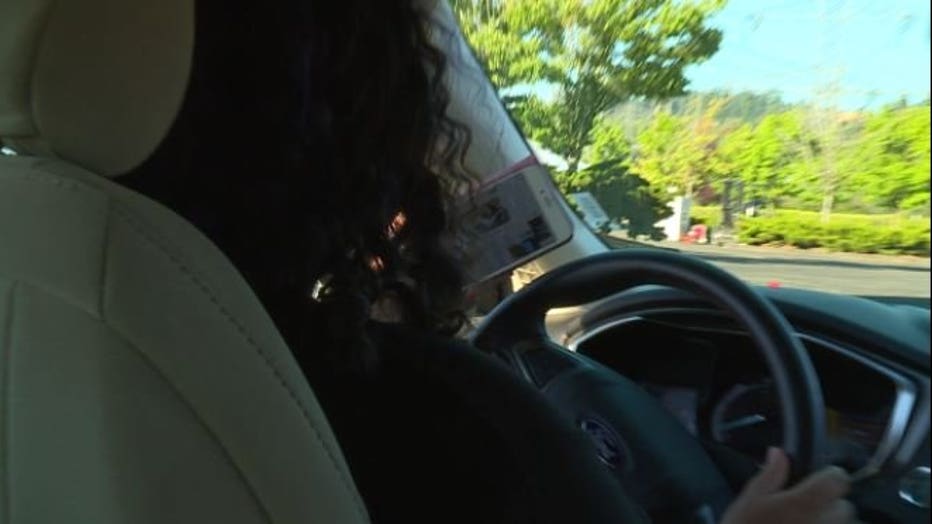 All the way from Yakima, 15-year-old Jazelle Brown is taking a special driving lesson today.  Her grandmother hopes she will one day take command of the road.

It all depends on if she can keep her cell phone out of her hand.

“I’ll be tempted to pick it up. I’ll look at it and want to pick it up, but then my main focus is on the road,” said Brown.

It’s what we all know we should do when we get behind the wheel, but do we always follow that advice?

“If a parent is out there texting and driving, teens gonna do the exact same thing,” said Ford Driving Schools for Life Program Manager Nolan Katerberg.

So good role modeling is key and maybe so is letting kids learn the hard way.

So here goes Jazelle texting her best friend while driving through this setup course.

“Oops that was an accident guys,” said Brown.

While texting and driving in the prepared course, Brown made a big mistake.  In the real world, it could lead to deadly consequences.  So her grandmother offers some advice.

The driving school will teach some 400 teen drivers this weekend and there’s still time to sign-up to maybe save a life.

“Learning how to drive is a lifelong process. So if we can teach young drivers how to drive correctly, by the time they’re old they’re going to continue those good habits,” said Katerberg.

Because impaired driving is still a big problem, along with the texting course, parents and kids put on drunk suits and drug suits.  It shows them what it’s like to be under the influence while driving.