NASHVILLE, Tenn. - Before a recreational vehicle exploded in downtown Nashville early Christmas morning, officers in the area knew something was wrong.

Sgt. Timothy Miller and officers James Lullen, James Wells, Amanda Topping, Brenna Hosey, and Michael Sipos were the first to respond to the scene, which was first called in as a "shots fired" call. 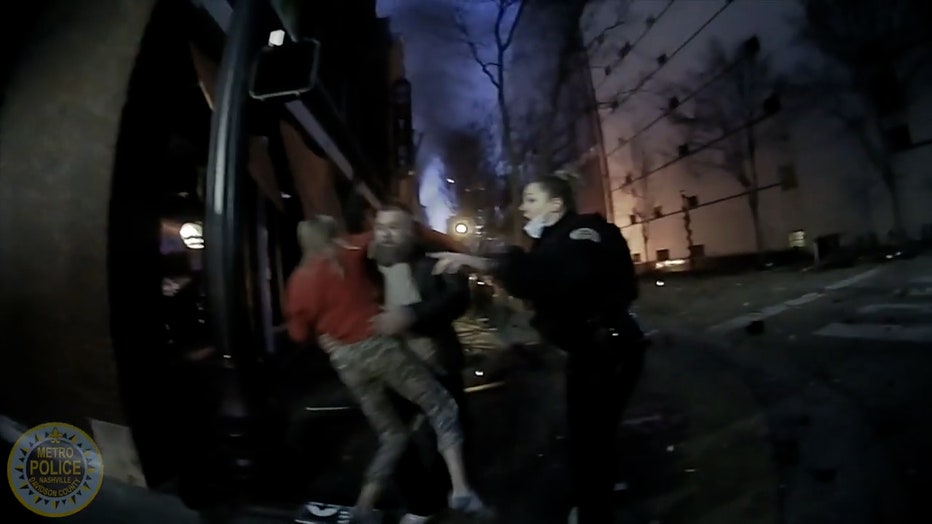 When they arrived, they couldn't find any evidence of a shooting. Instead, they heard the RV blaring a recorded warning that a bomb would detonate in 15 minutes. Suddenly the warning stopped, and "Downtown" started playing. 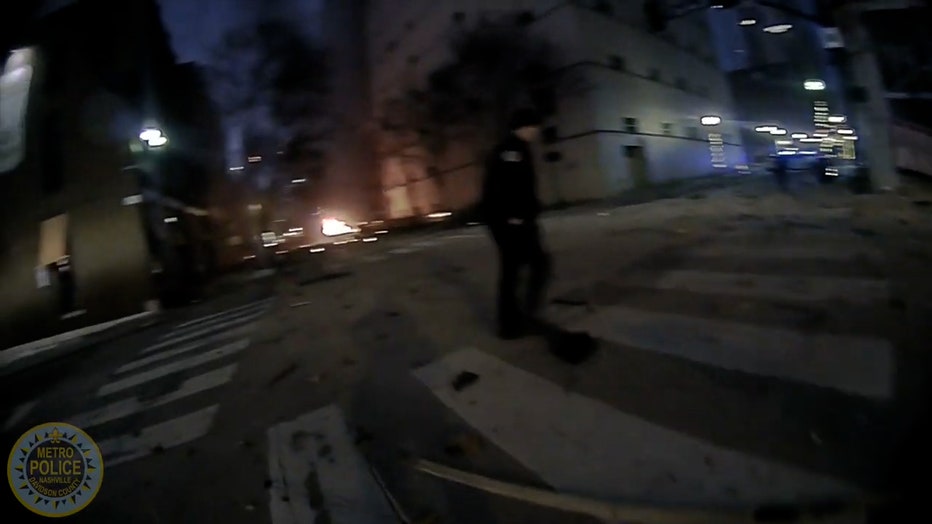 Just before 6:30 a.m., officer Sipos goes back to his patrol vehicle. As he opens the trunk, a loud blast can be heard behind him.

Officer Sipos puts on a vest and reattaches his camera to his chest before running toward the sound of the explosion.

Debris could be seen scattered for blocks and several vehicles were on fire as residents holding their children ran away from the chaos. 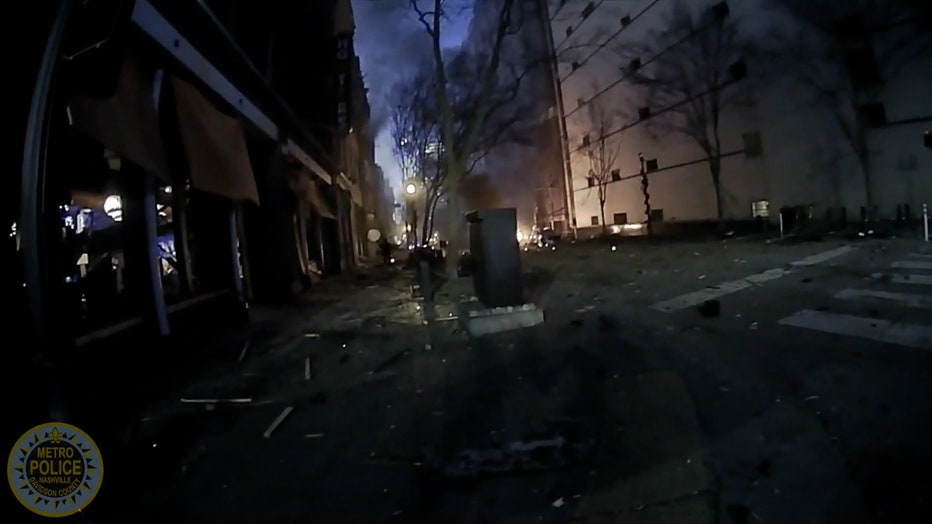 The officers called out for one another on their radios.

"I want a rollcall of all central personnel ASAP, starting with 11," Officer Sipos said over his radio.

The officers began to check-in, letting one another know they were all OK. 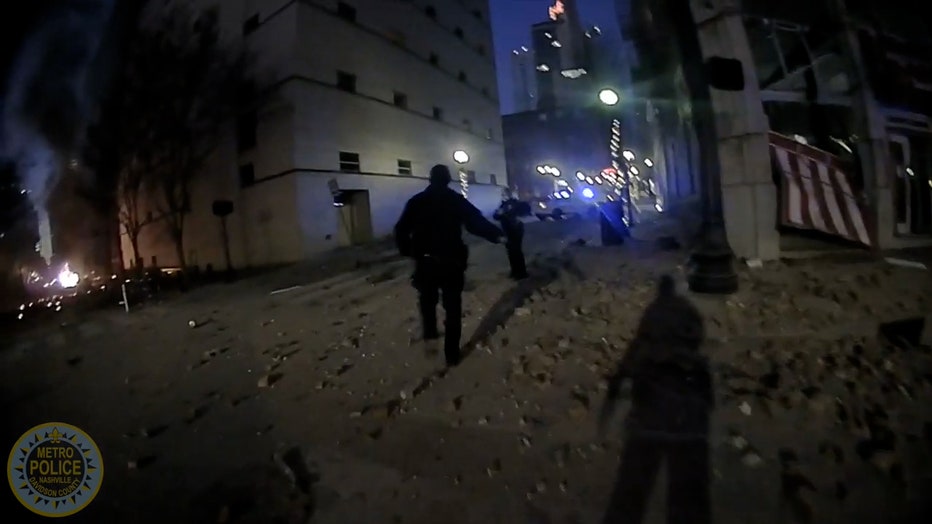 The officers told their first-person accounts of what happened that day during a press conference Sunday, at times getting choked up reliving the moments that led up to the blast and offering gratitude that they were still alive.

"This is going to tie us together forever, for the rest of my life," Officer James Wells, who suffered some hearing loss due to the explosion, told reporters at a news conference. "Christmas will never be the same."