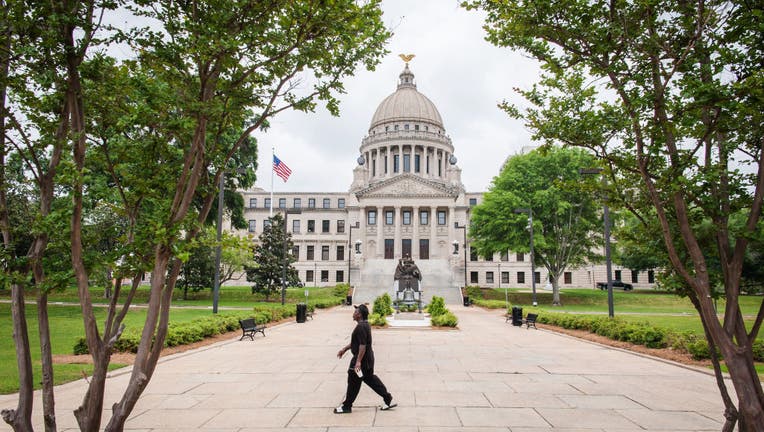 A pedestrian walks by the Mississippi State Capitol building in Jackson, Mississippi, U.S., on Wednesday, April 8, 2020. The U.S. is on track for a grim milestone in the coming days -- passing Italy as the world's epicenter of Covid-19 mortality. Pho

The agency reported more than 30 witnesses from the state, plus Arkansas and Louisiana, reported seeing a bright fireball around 8:03 a.m. local time. That sighting was then followed up with numerous reports of loud booms heard in Claiborne County, Mississippi, and nearby counties.

Meanwhile, at nearly 22,000 miles out in space, NOAA’s Geostationary Lightning Mappers (GLM) onboard the Geostationary Operational Environmental Satellites (GOES) detected multiple bright flashes associated with a bright meteor which was first spotted 54 miles above the Mississippi River near Alcorn, Mississippi.

"This is one of the nicer events I have seen in the GLM data," said Bill Cooke, lead of NASA’s Meteoroid Environments Office at Marshall Space Flight Center in Huntsville, Alabama.

Researchers thought the sighting was a piece of an asteroid as it moved southwest at 55,000 miles per hour. It then broke up into pieces as it entered the Earth’s atmosphere before disintegrating about 34 miles above a swampy area near Minorca, Louisiana.

Researchers said that breakup is what caused shock waves, leaving many to hear the booms and vibrations felt by people in the area.

"What struck me as unusual was how few eyewitness reports we had given the skies were so clear," said Cooke. "More people heard it than saw it."

The story was reported from Los Angeles.