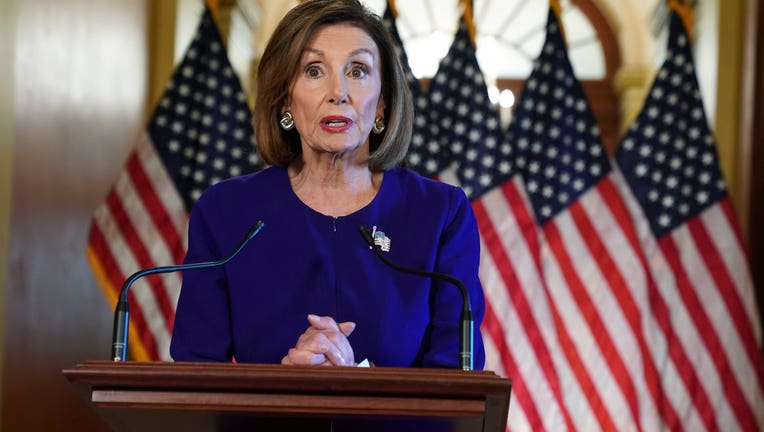 SEATTLE -- House Speaker Nancy Pelosi will be in Seattle Tuesday.

They will be at Harborview Medical Center speaking to elected officials, medical experts and other stakeholders.

The event is not open to the public.

Pelosi's visit comes amid unprecedented unrest in Washington, DC, where she and her colleagues in the House are overseeing an impeachment inquiry into President Donald Trump and whether he pressured Ukrainian President Volodymyr Zelensky into targeting political rivals when he asked the newly elected Ukrainian president to investigate former Vice President Joe Biden and his son.

The House is also trying to determine whether Trump withheld nearly $400 million in aid for Ukraine that Congress approved until the country agreed to reopen investigations into Biden and other Democratic rivals.

Despite the impeachment inquiry looming, Pelosi's aides have been working with the White House on a bipartisan plan to lower prescription drug costs. The bill would authorize Medicare to negotiate prices, require drugmakers to pay rebates if they raise prices more than the inflation rate, and limit seniors' copays for medicines to $2,000 a year.

Pelosi says it’s a ‘somber’ time for our country

Pelosi says it's a 'somber' time for our country