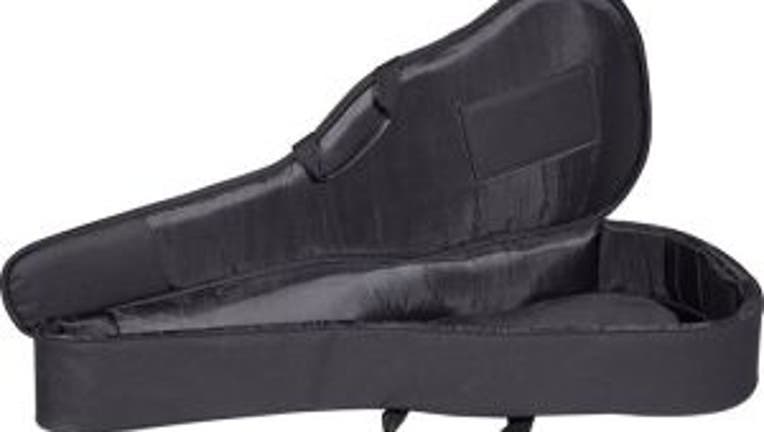 CHECOTA, Okla. -- An Oklahoma man on an adventure walk staved off hypothermia by wrapping himself -- naked and freezing -- into a guitar case, the Weather Channel reported.

According to the Weather Channel, Oklahoma man Zackery Aders was out on a 26-mile hike in freezing temperatures recently when he crossed an iced-over pond. Midway through his crossing, the ice gave way and Aders fell into the water.

Somehow, he managed to hoist himself out of the icy pond. He stripped naked, as one is supposed to do when facing hypothermia situations, and headed to the shore. .

He wandered to a nearby shack where he founda guitar case. He wrapped himself in the case and waited hours until he was spotted by a group of local ranchers.

At the time of his rescue, he was so cold he couldn't even talk, the Weather Channel reported.

Aders was treated at a local hospital for hypothermia, which occurs when the body's temperature falls to below 95 degrees. He was later released.