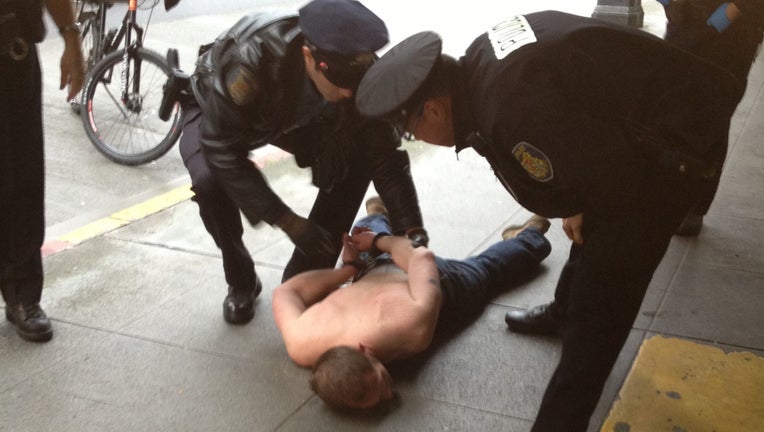 A viewer sent in this photo Tuesday of a man in downtown Seattle who told officers he was on bath salts.

Officers were called about a man who was sitting naked in the intersection at 4th Avenue and Olive Way. When they approached the man, police said he had already put his pants back on but started walking away shirtless.

Law enforcement sources confirmed the man told the officers that he had taken bath salts. The man was not arrested but was taken to Harborview Medical Center for treatment.