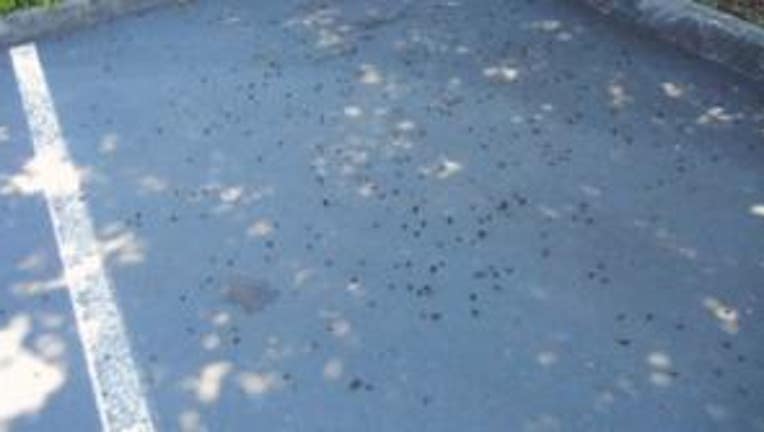 WILSONVILLE, Ore. (KPTV) -- Thousands of dead bumble bees were discovered Wednesday in the parking lot of a Target store in Wilsonville.

Rich Hatfield, a conservation biologist with the Portland-based Xerces Society of Invertebrate Conservation, said shoppers at the Target store called him to report the dead and dying bees.

He then went to look for himself.

"There were literally falling out of the trees," he said. "To our knowledge, this is one of the largest documented bumble bee deaths in the Western U.S. It was heartbreaking to watch."

Hatfield said the bees were beneath blooming European linden trees.

The Xerces Society contacted the Oregon Department of Agriculture, which responded by sending staff to collect samples of the bees and foliage from the trees.

The nonprofit bee conservation organization said while the cause of the mass bee deaths is unknown, it believes it likely involves acute pesticide poisoning or a poisonous species of European linden tree.

Hatfield estimated at least 25,000 dead bumble bees at the site. That number likely represents a loss of more than 150 colonies.

Dead honey bees, lady bird beetles and other insects were also found at the site.