LOS ANGELES (CNN) --The search is over for a California family who disappeared under mystifying circumstances three years ago. 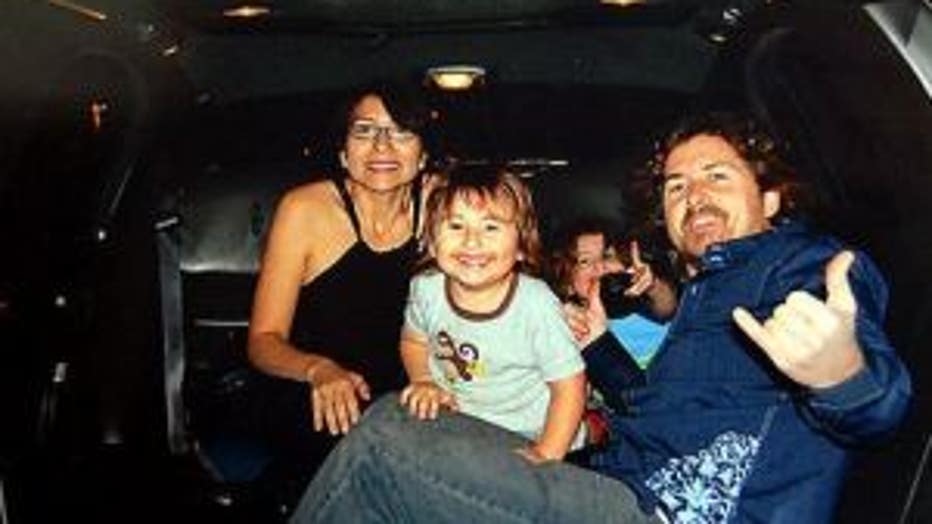 Authorities confirmed the identity of two of four sets of remains found Monday in the California desert near Victorville as those of Joseph McStay and his wife Summer, San Bernardino County Sheriff John McMahon said Friday.

They were identified through dental records, he said. Two other remains found nearby are believed to be those of their sons Joseph and Gianni, McMahon said.

He said positive identification will be done through DNA testing.

The four were killed, McMahon said. No suspects have been identified and the sheriff did not elaborate on how they died.

"It gives us courage to know they are together, and they're in a better place," said Joseph's younger brother Mike McStay, choking back tears. "It's been a tough road."

A motorcyclist reported finding possible skeletal remains Monday in an area not far from Interstate 15 near Victorville, according to the Sheriff's Department.

February 4, 2010 was the last day anyone saw the family or heard from them. When police entered their Southern California house more than 10 days later, they found eggs on the kitchen counter and bowls of popcorn in the living room. Their two dogs were also in the home. But not a single trace of the McStays.

The McStays lived in Fallbrook, about 18 miles from the Pacific Coast and some 50 miles north of San Diego.

The family's locked and abandoned Isuzu Trooper was located February 8, 2010, in San Ysidro, California, just two blocks from the border. Surveillance video taken that night shows a family fitting the description of the McStays walking into Mexico. But from there the trail goes cold.

The sheriff said his office said it will look at this crime from the beginning, and will work with the FBI to find the suspects.

Although investigators said someone had been researching travel to Mexico on the family's home computer, the McStays' sudden disappearance and the fact that their credit cards and bank accounts went unused raised suspicions.

When they disappeared three years ago, Joseph was 40, his wife, Summer, was 43, and their children were 4 and 3 years old.

"I've been in this business for over 35 years, but I've never seen anything like this," Lt. Dennis Brugos of the San Diego Sheriff's Department told CNN shortly after the disappearance.