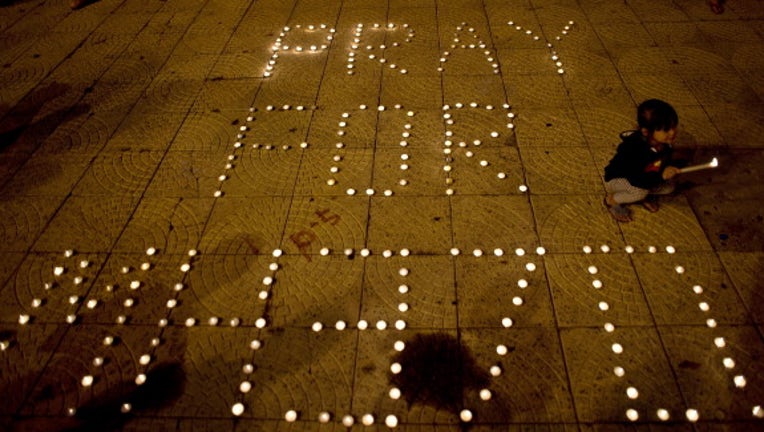 KUALA LUMPUR, Malaysia (CNN) -- With lead after lead failing to pan out, search and rescue officials said Monday they will expand the search area for the Malaysia Airlines aircraft that vanished three days ago.

The newly expanded search area encompasses a larger portion of the Gulf of Thailand between Malaysia and Vietnam, said Azharuddin Abdul Rahman, director general of the Malaysian Civil Aviation Department.

Nearly three dozen aircraft and 40 ships from 10 countries have so far failed to find any sign of the aircraft.

An oil slick that searchers had thought might be from the plane turned out to be fuel oil typically used in cargo ships, according to Rahman.

Other leads -- reports that a plane door and its tail had been spotted -- turned out to be untrue, he said at an earlier briefing.

"Unfortunately, ladies and gentlemen, we have not found anything that appear to be objects from the aircraft, let alone the aircraft," Rahman said at the earlier briefing.

Authorities are sending ships to investigate a report of debris found south of Hong Kong, but it will likely be Tuesday before authorities know if there is anything to those reports, Rahman said.

No emergency signal has been detected by any search vessel or aircraft. And family members of passengers are being told to prepare for the worst.

So the mysteries surrounding Malaysia Airlines Flight 370 -- and the true identities of some of its passengers -- remain unsolved.

"For the aircraft to go missing just like that ... as far as we are concerned, we are equally puzzled as well," Rahman said.

"We have to find the aircraft."

Since then, teams of searchers from Vietnam, China, Singapore, Indonesia, the United States, Thailand, Australia, the Philippines and New Zealand have been working alongside Malaysians to scour the Gulf of Thailand, part of the South China Sea that lies between several Southeast Asian countries.

The focus has now shifted to the Andaman Sea, near Thailand's border, after radar data indicated the plane may have turned around to head back to Kuala Lumpur.

But the pilot apparently gave no signal to authorities that he was turning around.

From 7 a.m. to 7 p.m., planes flew over the vast waters. Ships searched through the night.

"Every day that goes by, it makes the search area much, much larger," said David Gallo, who helped lead the search for the wreckage of Air France Flight 447 after that plane crashed in 2009.

Looking for wreckage and flight data recorders in the water is no easy task, he told CNN.

"We've only explored about 7% of the world beneath the sea, and there's a reason for that. It's slow going, and it's difficult. So, with every day that passes by, crucial time is passing."

It is perplexing enough that a jetliner seemed to have vanished without a trace. Adding to the mystery is the news that at least two people on board were traveling on passports stolen from an Austrian and an Italian.

The FBI is running those passengers' thumb prints through its database, a law enforcement official told CNN. The thumb prints were taken at the airport check-in in Kuala Lumpur and were shared with intelligence and law enforcement agencies around the world by the Malaysian government.

Malaysian officials have also shared images of the men with the U.S. government, a U.S. intelligence official said.

"They will compare that to what we have in our terrorist databases. These are lists of people on no-fly lists, people with possible terrorist connections, people we have reasons to be suspicious of," Rep. Peter King, R-N.Y., told CNN. "We have these listings, and those names and those biometrics will be compared to those."

According to Thai police officials, an Iranian man by the name of Kazem Ali purchased the tickets for two friends who he said wanted to return home to Europe. While Ali made the initial booking by telephone, either Ali or someone acting on his behalf paid for the tickets in cash, according to police.

Rahman said Monday that authorities have reviewed security footage from the airport and said the men who traveled on the stolen passports "are not Asian-looking men."

A majority of the 239 people on the plane were from Asia, according to the airline's manifest. There were 154 people from China or Taiwan and 38 people from Malaysia aboard.

"Whilst it is too soon to speculate about any connection between these stolen passports and the missing plane, it is clearly of great concern that any passenger was able to board an international flight using a stolen passport listed in INTERPOL's databases," said Interpol Secretary General Ronald K. Noble in a statement.

The passport mystery raised concerns about the possibility of terrorism, but officials cautioned that it was still too early to arrive at any conclusions.

One possible explanation for the use of the stolen passports is illegal immigration.

There are previous cases of illegal immigrants using fake passports to try to enter Western countries. And Southeast Asia is known to be a booming market for stolen passports.

Five passengers ended up not boarding the aircraft. Their bags were removed and were not on board the jet when it disappeared, Rahman said at Monday's briefing.

Could the plane have been hijacked? "We are looking at every angle, every aspect," Rahman said.

"We are looking at every inch of the sea."