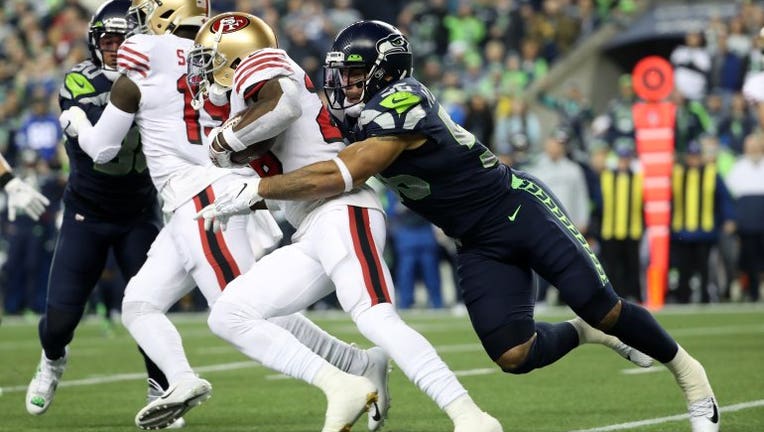 Running back Tevin Coleman #26 of the San Francisco 49ers is tackled by linebacker Mychal Kendricks #56 of the Seattle Seahawks during the first quarter of the game at CenturyLink Field on December 29, 2019 in Seattle, Washington. (Photo by Abbie Par

Kendricks was with Seahawks for two seasons, but the team didn't re-sign him in the offseason.

The 30-year-old could help fill a void at the linebacker spot after Bruce Irvin suffered a season-ending ACL injury.

Kendricks is still awaiting sentencing in an insider trading case.

The Seahawks also moved Damarious Randall from the practice squad to the 53-man roster. Randall will take the spot of safety Lano Hill who was moved to IR with a back inury.